Cyril Ramaphosa will not publicly answer questions about farm scandal 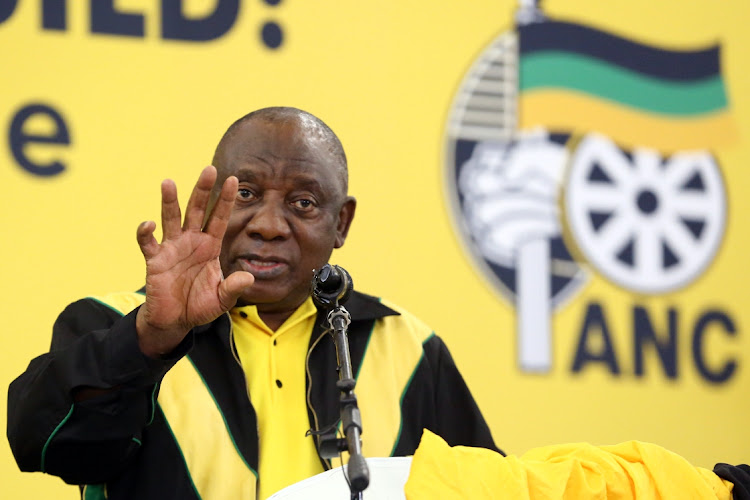 President Cyril Ramaphosa says he has all the answers to questions about the Phala Phala farm scandal, but he will not publicly address them. They are exclusively for official processes, such as law enforcement and the ANC’s Integrity Commission.

Ramaphosa dismissed allegations that he confided in his political core — one that includes intelligence deputy minister Zizi Kodwa and Eastern Cape premier Oscar Mabuyane — that he could not explain the Phala Phala saga and was willing to step down.

“I do have answers,” said Ramaphosa, as his bodyguards pushed media personnel away when he left the SACP national congress in Boksburg, Ekurhuleni.

The president told the congress he would subject himself to the investigation on Phala Phala after a criminal complaint against him by former spy chief Arthur Fraser about two months ago.

Fraser alleged Ramaphosa was involved in the cover-up of a crime after the theft of millions of dollars from his Limpopo property.

But Ramaphosa told the SACP the matter was being used to intimidate and bully him, adding that he would not cower or submit.

He further echoed SACP outgoing boss Blade Nzimande’s charge that Fraser was a proponent of a “counterrevolution” to collapse the ANC and its government.

It was for this reason, said Ramaphosa, that he would “not be distracted” from carrying out his duties to lead the country towards economic recovery.

“Not a single person is above the law and everyone, regardless of the position that they occupy, must be held accountable for their actions. I have pledged my full co-operation to the investigation process that is under way. I am prepared to be held accountable,” said Ramaphosa.

“I will not allow these allegations [to deter me] from what needs to be done to rebuild our economy, and deter me and discourage me from the work I have to do. And I will not be intimidated nor distracted nor bullied into submission.

Manner and timing of the report of the robbery at President Cyril Ramaphosa’s Phala Phala farm, which occurred in 2020, ‘has all the hallmarks of ...
Politics
3 weeks ago
Next Article

Mkhwebane wants summons for Ramaphosa if he refuses to testify

Mkhwebane wants summons for Ramaphosa if he refuses to testify