In a first-of-its-kind rule, the ruling party will allow its top six and NEC contenders to run their campaigns in public 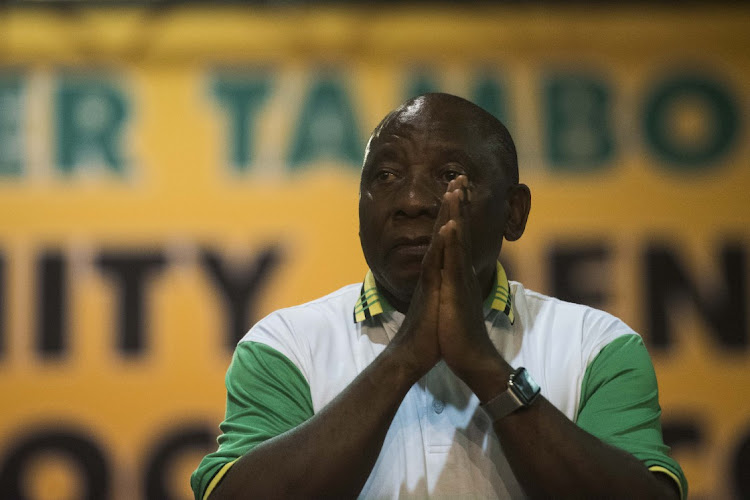 The ANC has formulated rules that will guide campaigns, nominations and voting processes ahead of the party’s elective conference in December.

Among them is a first of its kind: The ANC will allow its top six contenders to arrange public debates as part of their campaigns before the conference.

The party will also, for the first time, allow the top six and national executive committee (NEC) contenders to run their campaigns in public, though under strict rules.

It will also allow the use of money for campaigning under strict guidelines and for specific processes, such as paying for the venue for a public gathering.

A response to controversy

The rules, contained in a document sent to provincial structures on Monday, will be overseen by the party’s Electoral Committee (EC) headed by former Deputy President Kgalema Motlanthe.

These come as a direct response to the controversies that marred the party’s presidential campaigns for the 2017 Nasrec conference, especially that of ANC President Cyril Ramaphosa, dubbed CR17. Leaked financial statements revealed that the CR17 campaign raised millions from donors.

Ramaphosa is expected to seek re-election for a second term when the party meets for the conference in December.

As part of the rules, the party prohibits the printing of T-shirts with faces, slogans or names of individual campaigns, but allows contenders to campaign on social media, through media interviews and public platforms and gatherings.

According to the document sent out by treasurer-general Paul Mashatile, campaign managers are prohibited from busing and booking “their” delegates into hotels during the conference weekend, as per the norm.

“All delegates must stay in conference accommodation with their province, league or region according to the plans drawn up by the conference preparatory committee,” the document states.

“No delegates may be given special treatment for food, accommodation, transport or flights unless they live with a disability that warrants it. Any such special treatment must be authorised and recorded by the provincial or league secretary who will be held accountable for such decisions.”

The party will allow campaigns to raise money and pay for public gatherings, but also under strict guidelines and for specific things.

“For all these gatherings, costs paid by a campaign must be restricted to venue-related costs, sound, travel and accommodation for organisers and candidates. Modest refreshments, excluding alcohol and other psychoactive substances, may be served where necessary,” the document reads.

The ANC demands full disclosure of donations as well as financial records of all spending on the campaign.

“All candidates must agree to abide by these rules and to keep a clear record of all sources of donations in money or in kind, and all spending on their campaign. The full financial record of every campaign must be maintained and submitted to the EC,” the document reads.

“All campaigns must submit detailed financial reports to the EC. The commission has the right to demand further particulars and to inspect bank statements of candidates, campaigns and campaign workers, and to interview members of campaign teams. The commission may order a full disclosure of all assets, properties, investments, donations and gifts of any member involved. This will require the full co-operation of the nominee. The commission may also open a criminal or civil case.”

No delegates may be given special treatment for food, accommodation, transport or flights.

An ANC document sent out by treasurer-general Paul Mashatile

The document puts to a stop a culture of slates — a list of the top six running mates that ANC campaigners distribute to the public — that have become tradition ahead of conferences.

Slates, according to the document, are tantamount to “provoking division or impacting negatively on the unity of the ANC”.

“No group of NEC candidates may campaign as an organised slate or list that tries to get votes for a predetermined group of NEC members or officials,” the document states.

“All campaigning should focus on the capacity and track record of each of the candidates. Candidates may express support for each other and attend campaign events together. No-one may distribute prescriptive lists of officials and NEC members who delegates should vote for as a slate.”

According to the document, only those who have been ANC members for more than 10 years can stand for election to the NEC and top-six position.

It prohibits standing for positions those who have been indicted for corruption or serious crimes, found guilty in a court of law or have been found guilty by the party’s disciplinary committee.

Motlanthe’s committee will actively monitor all campaigns and will have a process where transgressors of any of these rules can be reported. They will then be taken through a disciplinary process that could lead to their nomination being expunged, suspension or even expulsion from the party.

ANC leadership race in KZN turning into a fierce contest

Maropene Ramokgopa, an adviser to President Cyril Ramaphosa, appointed to co-ordinate rebuilding of the nonfunctioning structures of the ANCWL
Politics
1 month ago

POLITICAL WEEK AHEAD: SA waits for Ramaphosa to act on energy crisis

POLITICAL WEEK AHEAD: SA waits for Ramaphosa to act on energy crisis