Ramaphosa pledges to intensify removal of red tape in economy 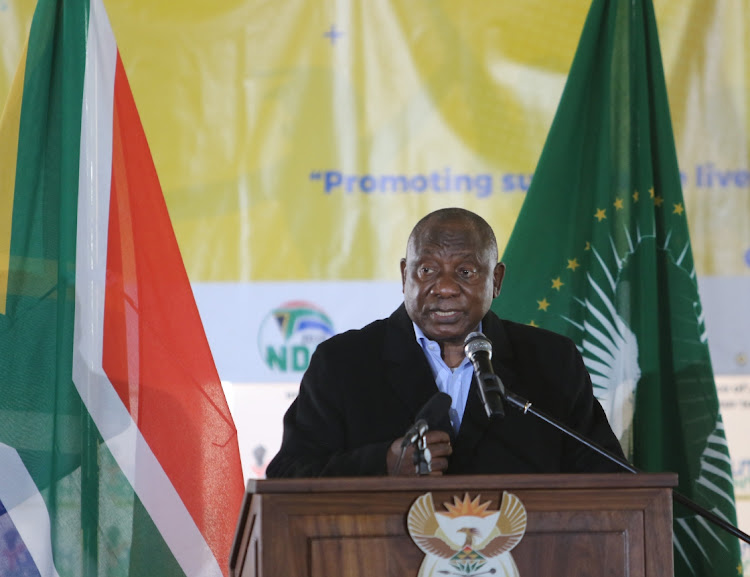 The government is intensifying its investment drive and removing the red tape that holds back business growth and greater employment creation, President Cyril Ramaphosa said in Mthatha on Thursday.

“The fact that millions of young people are not in employment, education or training is the greatest challenge facing our country today,” he told a Youth Day Rally at Mthatha Stadium in the Eastern Cape.

“We remain focused on far-reaching economic reforms and creating conditions for the expansion of businesses throughout the country,” he said.

Job creation was a priority for his government, he said. The country is facing high levels of unemployment — at a high of 34.5% — and many graduates are struggling to find work.

The latest programme to be launched through the employment stimulus was the social employment fund.

“It has begun to recruit 50,000 participants in community safety, food and nutrition, digital inclusion, and sports, arts and recreation,” Ramaphosa said.

He highlighted a new dashboard for the presidential youth employment intervention that was launched on the state of the nation website.

“Members of the public are now able to track detailed progress with implementation and receive up-to-date information about the intervention.”

He also expressed confidence in the national pathway management network, which links young people to opportunities for earning, learning and support. More than 2.9-million young South Africans have joined the network, he said.

“Young people can join the network through an online platform, SAYouth.mobi, which is data free on all mobile networks.”

Despite its challenges, Ramaphosa also talked up the strides his government has made in education.

“Our school feeding schemes have ensured that no child is hungry at school. Today, our country produces four times the number of African graduates than we did in 1994,” the president said.

“These graduates have gone on to become leading doctors, technologists, innovators and entrepreneurs.”

The president also addressed the successes of the national social security system, saying it offered a “level of basic social protection to every marginalised and vulnerable citizen, especially children”.

The presidential employment stimulus, which supports public and social employment, and has created close on 880,000 job opportunities since it was established, was also one of his talking points.

“A flagship initiative of the employment stimulus is the school assistance programme, which has placed 287,000 young people in schools across the country,” Ramaphosa said. 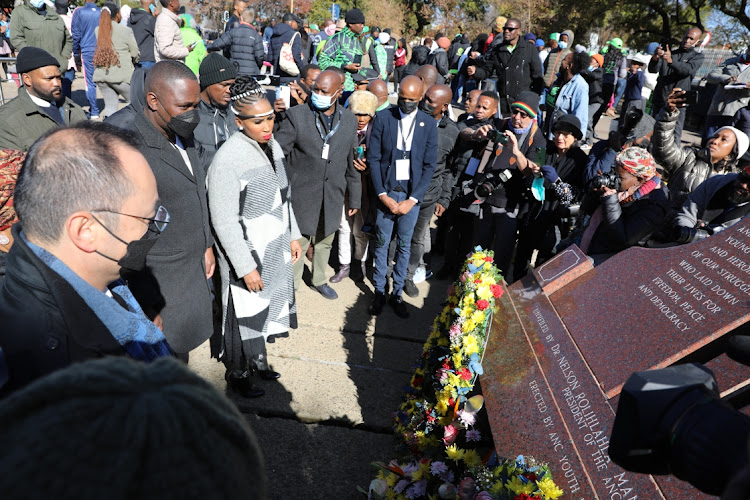 But he also mentioned the state’s failings. “These achievements should not overshadow the deep-seated challenges faced by young people.”

Ramaphosa announced new measures the government was taking to “remove the barriers that young people confront when trying to enter the public service”.

“We are reducing the cost and effort of applying for positions. For example, applicants for public service positions are no longer required to submit certified copies of their educational qualifications and other relevant documents.

“This simple change will significantly reduce the cost of applying, improve turnaround times and reduce the administrative burden on departments,” he said.

“Today, we are proud to announce the official launch of the revitalised national youth service. Youth service can contribute to civic responsibility, a common identity, development and nation building.”

We need young people who will stand up to, and put an end to, gender-based violence and femicide

Young people who wanted to participate in the national youth service should join SAYouth.mobi and create their profiles.

According to the president, the youth employment service — known as YES — was another important initiative that has reached key milestones over the past year, creating what he called quality work for 82,000 youngsters.

He said the department of trade, industry & competition was establishing a fund to support an enabling ecosystem for young people to engage in forms of enterprise and self-employment.

State must play ‘activist’ role in the economy, says Ramaphosa

Government needs to look at other sectors after huge support for automotive industry, says president
Economy
1 week ago

Floods and load-shedding take a toll on mining, manufacturing sectors

1.
MECs Lesufi and Maile battle it out for top ...
National
2.
Eskom CEO De Ruyter thrilled with prospect of ...
National
3.
Load-shedding to continue at stage 4 until ...
National
4.
At least 22 youngsters die in East London tavern
National
5.
ANC Gauteng conference hangs in the balance ...
National

CHRIS CAMPBELL: To get SA’s rebuild back on track engineers need a seat at the ...

1.
MECs Lesufi and Maile battle it out for top ...
National
2.
Eskom CEO De Ruyter thrilled with prospect of ...
National
3.
Load-shedding to continue at stage 4 until ...
National
4.
At least 22 youngsters die in East London tavern
National
5.
ANC Gauteng conference hangs in the balance ...
National

CHRIS CAMPBELL: To get SA’s rebuild back on track engineers need a seat at the ...