Snow, wind and rain are on the way, forecaster says 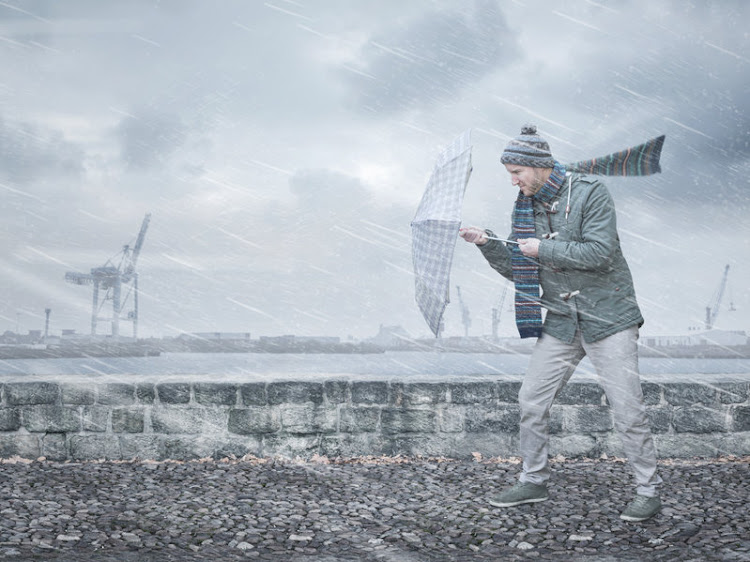 The full gamut of winter weather will hit the Western Cape next week and spread throughout the country. Picture: 123RF/photoschmidt

Winter is about to hit hard, with the SA Weather Service warning of gales, high seas, torrential rain and possible flooding, along with freezing conditions and snow.

A series of cold fronts is heading for the Western Cape and most of the country is expected to feel the chill next week.

Northwesterly winds, with gusts as high as 80km/h, are expected in the southern parts of the Northern Cape and the interior of the Western Cape and Eastern Cape from Sunday.

“These strong winds are likely to result in damage to formal and informal settlements as well as possible structural damage in these areas,” SAWS said.  “In addition, westerly to southwesterly waves, with significant wave heights of 4m-4.5m, are expected between Cape Point and Cape Agulhas on Monday morning, continuing into the afternoon. These conditions may result in difficulty navigating at sea.

“By Monday evening, another cold front will reach the Western Cape. As these fronts make landfall, high rainfall amounts are expected, mainly in the southwestern parts of the Western Cape, especially from Monday through to Wednesday afternoon. The rainfall will spread eastward on Tuesday.

“These high rainfall accumulations are likely to cause flooding of roads and formal/ informal settlements in these areas.”

In the Eastern Cape, where Nelson Mandela Bay is on the brink of running out of water, the rainfall would be lower and was “not anticipated to have any significant effect on the dam levels”, the weather service said.

Temperatures are expected to drop sharply over the Western Cape and the Namakwa district on Monday. The cold weather would reach Limpopo, Mpumalanga and KwaZulu-Natal between Wednesday and Thursday.

KZN on high alert after warning of more bad weather