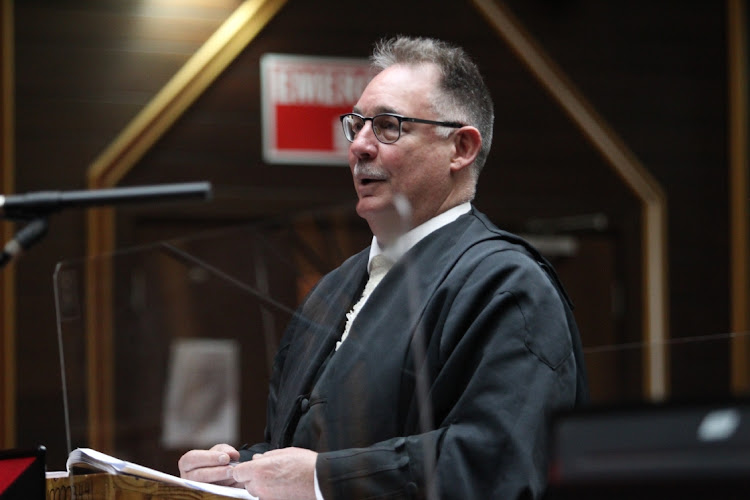 The National Prosecuting Authority (NPA) has declined to prosecute its prosecutor Billy Downer after former president Jacob Zuma laid a criminal charge against him.

In October‚ Zuma laid the charge against Downer for allegedly leaking his medical records. Zuma filed the charges at the Pietermaritzburg police station.

“The NPA can confirm that the director of public prosecutions in KwaZulu-Natal (Elaine Zungu) has issued Mr Zuma with a nolle prosequi certificate.

“A nolle prosequi certificate is issued when the prosecuting authority has declined to prosecute in a particular case to a party that has an interest to pursue private prosecution‚” NPA spokesperson Mthunzi Mhaga said on Tuesday.

Mhaga said the issuing of the certificate followed a request from Zuma’s lawyers‚ after the director of public prosecution (DPP) had declined to prosecute Downer due to insufficiency of evidence.

“The NPA agrees with the DPP that the charges laid against adv Downer are baseless and cannot be sustained‚ hence her decision not to prosecute him‚” Mhaga said.

Mhaga said Downer has the NPA’s full support and will continue to lead the prosecution team against Zuma and Thales.

“Mr Zuma has the right to pursue a private prosecution and due process should be followed. Adv Downer will of course defend himself in terms of the various legal remedies available to him. The NPA will support Adv Downer in defending himself against what we consider to be an abusive private prosecution‚” Mhaga said.

Mhaga said as the NPA progresses with prosecutions of corruption and other serious economic crimes‚ particularly against the rich and the powerful‚ it expects that there will be attacks against NPA staff‚ in an attempt to evade justice.

“We will not be deterred by such attacks. Adv Downer remains focused in ensuring that the trial against Mr Zuma and Thales resumes on August 15 2022.”

ANC executive in KZN at crossroads on Ramaphosa

ANC executive in KZN at crossroads on Ramaphosa