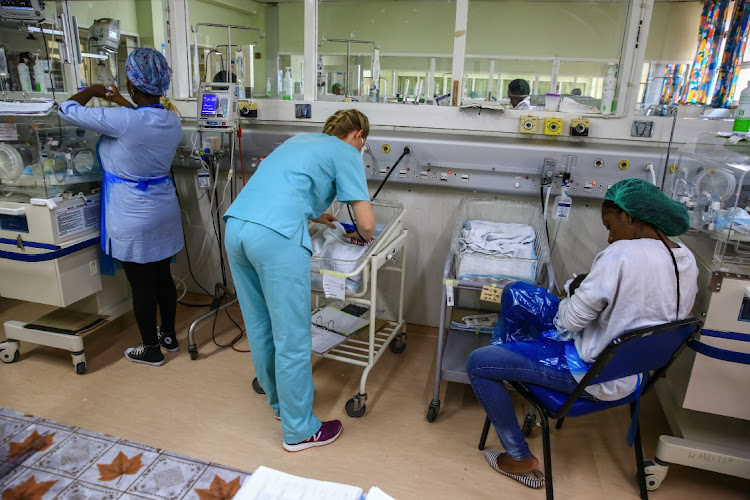 The Gauteng health department, which is facing increasing demand for treatment at state hospitals, has pleaded for its facilities to be exempted from power and water outages.

This comes in the wake of an open letter written by a doctor at the Rahima Moosa Mother and Child Hospital. He wrote about incubators switching off with the loss of power, a broken scanner and concern about the risk of infection because taps are dry.

“Hospitals render essential services and should be excluded from service interruptions. Sadly, the reality is healthcare facilities often bear the brunt of interruptions in water supply and electricity outages,” the department said on Tuesday.

The Rahima Moosa facility has made a submission to the City of Johannesburg to be excluded from the load-shedding schedule to ensure minimal interruption to services, and is awaiting a response, said the department.

Alternative measures had been put in place to counter water supply interruptions at the hospital, it said, including  a borehole donated by Gift of the Givers and water tanks provided by Johannesburg Water.

However, “the department acknowledges these measures are not ideal as they sometimes do not provide an adequate water supply”.

Health officials would liaise with the Gauteng infrastructure department to replace and reroute old and rusted pipes running underneath the hospital, it said.

The hospital has, over the past decade, seen an increase in patient load with no increase in infrastructure development, the department said.

“To add more capacity, the hospital has repurposed 22 beds to accommodate more antenatal patients in the past two years, making a total of 56 antenatal beds, which is insufficient.”

Notwithstanding the challenges, the department said there is a functional infection control process in the facility, adding that the recorded rate of hospital-acquired infections in the hospital is 1.38% on average in the past 12 months.

In addition to overcrowding, the main challenges include access to 24-hour laboratory services, for which the hospital relies on the neighbouring Helen Joseph Hospital, and availability of essential supplies. These were compounded by the effects of the closure of Charlotte Maxeke Johannesburg Academic Hospital, where remedial work is progressing after a fire.

The department said the appointment of a stock controller has been finalised to assist in the management of essential supplies.

Regarding CT scans, there was a breakdown of the 16-year-old machine in mid-February. However, the department said there were minimal delays as patients are referred and transported to nearby facilities, including the Nelson Mandela Children’s Hospital and Leratong Hospital.

Immediate repairs to the machine were negated by the discovery of further faults. Parts from the condemned CT scanner at Charlotte Maxeke Hospital are being used to repair the one at Rahima Moosa, said the department.

Unit 2 of the Kusile power station tripped, taking 720MW of generating capacity with it, Eskom says
National
1 month ago

The ‘power of now’ is all very well, but it can’t run the microwave
Opinion
1 month ago

A legislative act allowed the ANC into the Eskom engine room and the rest, as they say, is history
Life
2 months ago
Next Article