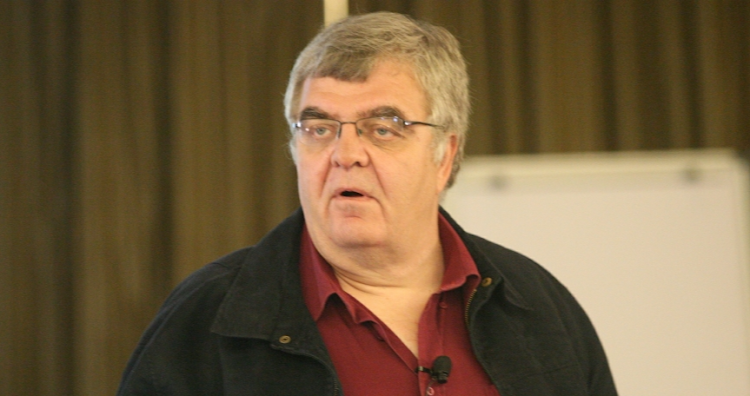 SA economist Mike Schüssler has died after a short battle with cancer.

“I got a message from his wife [Greta Moodie] this morning that Mike has passed on,” Schüssler’s friend, economist Dawie Roodt said on Tuesday.

Roodt said Schüssler had throat cancer and had “about two months ago or even less had an operation”. However, Schüssler’s health deteriorated which led to him being hospitalised again.

Roodt said he believed that Schüssler, whom he has known since the 1990s, would like to be remembered as a people’s economist. He was popular for his insights on radio and other media, crunching financial data to inform ordinary people.

Roodt said he used to call Schüssler a “pink economist” as his views on the economy were more liberal than his own.

“Mike would call me an inflation Nazi... we were close, we partied together when we were young,” Roodt said, adding he was “a very likable guy”.

Schüssler was a music lover, he said. “He had a huge knowledge of music, his collection had very old Afrikaans music to most recent rap music, he had everything”.

Something many did not know about him is that he was anti National Party, Roodt said, sharing an anecdote about how Schüssler was fired from the RAU radio station after having a go at the National Party as a presenter on the university's station.

Tributes are pouring in for the founder of the Economists.co.za research house.

Devastating news this morning! South Africa's famous economist, Mike Schussler, has passed away. He was a wonderful friend. I once co-authored an article with him. May he rest in peace. Big loss to South Africa!

Johann Abrie
18 m ·
How awfully sad to hear of the sudden passing of economist Mike Schussler after a short battle with cancer. pic.twitter.com/HVS8fg7Tce

So sad to hear about the passing of Mike Schussler,good friend and consulting economist to Brenthurst, after short battle with cancer. Was a truly gifted economist and communicator on technical issues. Condolences to wife Greta and family. RIP my old friend….

WATCH: Festive spending bounces back in 2021