Aim is to provide a way forward for industry to revitalise itself and expand production, but not all players are game 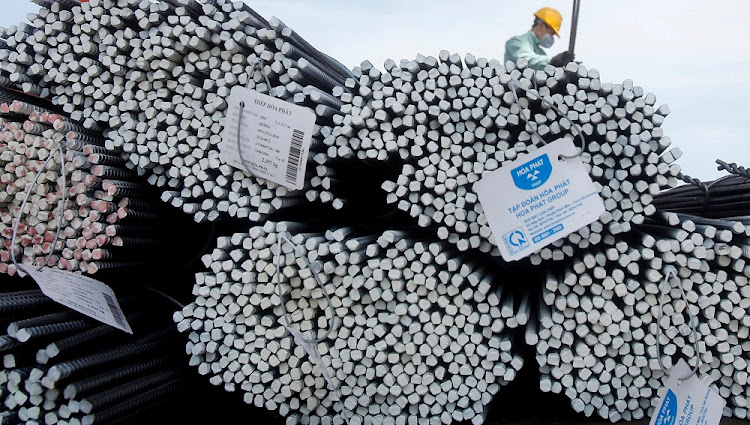 A man loads steel at a port. Picture: REUTERS

The Steel and Engineering Federation of SA (Seifsa) has called for targeted collaboration with stakeholders to save the existing capacity of steel producers in SA and attract investment, ahead of the Mainstreaming the Steel Master Plan (SMP) Conference to be held in Kempton Park.

The event, to be held almost a year since the master plan was launched in June 2021, will bring together stakeholders in the sector. Trade and industry minister Ebrahim Patel is expected to deliver the keynote address.

The master plan is meant to provide a path ahead for the industry to re-energise itself and expand the sector’s production.

Seifsa believes the plan requires input from all steel players including the government and labour. It also believes the long-term growth drivers of the sector lie with the country’s infrastructure projects, with the development of industry value chains, and with the greening of the industry to make it resilient in the climate-change debate.

He said “a prerequisite to growing the sector is saving the existing capacity from further contraction”.

Trentini was backed by group COO Tafadzwa Chibanguza, who warned that “without greater focus and prioritisation, the SMP will remain captive to high levels of ambition with limited real-world effectiveness”.

Steelmaking remains a key economic driver in SA. The sector’s contraction is a critical issue threatening steelmakers and the entire economy too.

Steel prices have been relentlessly high over the past two years, with rising costs being passed on to consumers. US figures show prices fell in March but were still high. China vowed to curb production to deal with oversupply.

“Hard work has gone into the Steel Master Plan with its complexities to find a balance that is in the interest of everybody including the workers, small and large business,” said Marius Croucamp, deputy general secretary of trade union Solidarity.

Yet some in the steel industry players denounced the master plan as not working to protect the sector but focusing instead on providing protection for large companies such as ArcelorMittal, the second-largest steel producer in the world and the largest in SA.

The National Employers’ Association of SA (Neasa) is among local players who  chose not to sign up to the plan. It insists that localisation would force steel users to buy expensive products, which it claims local steel tends to be. This would erode competitive behaviour and kill exports.

“Localisation and duties are now pursued by the master plan in spite of overwhelming evidence that it will only lead to the further demise of the SA steel industry,” said Neasa CEO Gerhard Papenfus.

Highlighting some of the “burning issues” that threaten the sector’s immediate viability, Trentini said the supply of scrap metal, development of an industry support fund and considerations of input costs were among the tough issues that must dominate the two-day conference.

Dynamic Fluid Control CEO Tumi Tsehlo said signatories of the plan who will attend the conference want to see broader engagement and involvement by the main players in the industry in moving forward the objectives of the plan.

“We want to see the objectives of the master plan gaining momentum,” said Tsehlo.

More and more countries are out to develop a hydrogen economy, for which much platinum may be needed
Opinion
1 month ago
Next Article