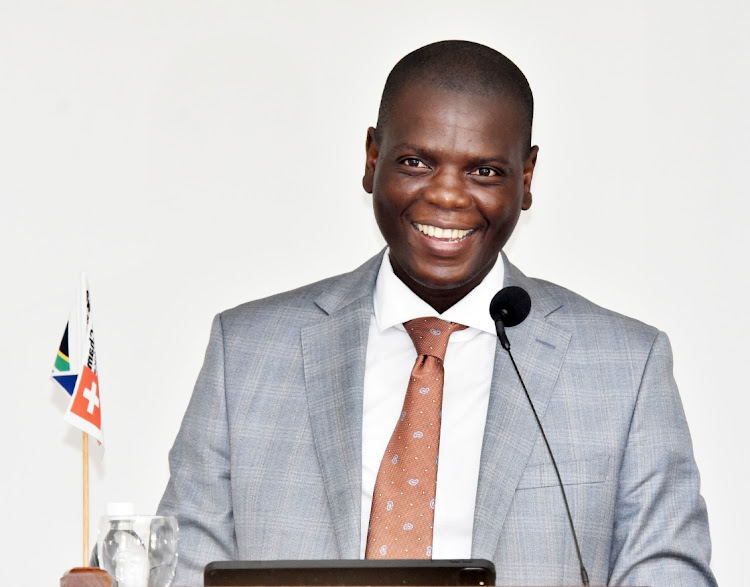 Justice minister Ronald Lamola has prioritised a power shift to tackle the sorry state of SA courts after MPs exposed the dilapidation and called for action.

Lamola has told parliament’s portfolio committee on justice and correctional services he is in talks over transferring powers and money from the department of public works & infrastructure to the justice department to help the Office of the Chief Justice (OCJ).

“This is a matter of priority,” he said.

On Thursday he presented the OCJ budget in the National Assembly, with R1.26bn in voted funds being for running superior courts, educating judges, providing support and running OCJ programmes.

Committee chair and ANC MP Gratitude Magwanishe, who welcomed Lamola’s intervention, was concerned action only followed the judiciary’s complaints to the committee.

“We witnessed very serious infrastructure and maintenance problems at our courts. These include, among others, leaking roofs, ceilings that need to be replaced, broken air conditioning and courts that at times have no access to water,” he said.

ACDP MP Steve Swart raised “very serious infrastructure and maintenance problems” the committee noted on recent oversight visits. “Much of the blame must be laid at the door of public works,” he said.

DA MP Glynnis Breytenbach said president of the Supreme Court of Appeal, justice Mandisa Maya, was “forced to spend her time dealing with maintenance and infrastructure issues with little or no assistance from public works”.

Lamola reported that “one sticking point” in talks with public works was that “the devolution of those powers should go with the budget” otherwise the transfer of powers would be meaningless.

“The court infrastructure across the country is facing severe challenges. That needs immediate attention,” said Lamola.

The IFP’s Narend Singh pressed for the judiciary’s “full independence with them handling the resources that are available to them”.

Magwanishe raised concern about a rise in case backlogs. ANC MP Xola Nqola agreed: “We are concerned about the workload in the lower courts, which has increased the backlog of cases.”

EFF MP Yoliswa Yako provoked a backlash for alleging chief justice Raymond Zondo’s appointment was “the biggest flag” in the judiciary. She accused Zondo of “mingling with politicians” and “making political commentary” on matters over which he was likely to preside.

Singh insisted Zondo had “many years of experience and independence in the judiciary”.

Deputy justice minister John Jeffery urged MPs to not attack judges “without a basis, without substance, without facts”.

Lamola said “howlers” with “unsubstantiated allegations” against judges, such as the EFF, had no basis for claiming judicial capture.

The Freedom Front Plus (FF+), represented by Jaco Mulder, was the only party that did not support the OCJ’s budget vote.

He said: “The SA judiciary is under threat and serious and extraordinary measures should be implemented to rectify this alarming reality.”

While the FF+ welcomed the OCJ’s clean audit, Mulder was worried about the effect of government spending cuts when the OCJ should be supported in fulfilling its mandate.

Judges lack tools of the trade, such access to literature and a working internet
National
1 month ago

Parliament to call for public input on public protector

NPA pleads with Treasury for R2.1bn more to add muscle to its operations

Parliament to call for public input on public protector

NPA pleads with Treasury for R2.1bn more to add muscle to its operations