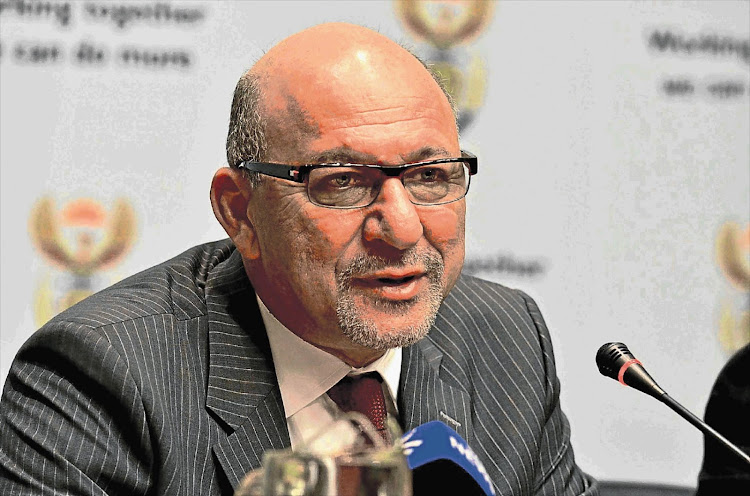 Former finance minister Trevor Manuel has cleared the air on his relationship with the ANC, explaining he is no longer a member of the ruling party.

Manuel said his membership has lapsed and the party’s moral leadership is gone.

Speaking on 702 this week, the former finance minister said the ANC was never the same after the Polokwane conference in 2007.

Manuel said what confirmed his decision to leave was when former ANC secretary-general Gwede Mantashe called him a “free agent” after Manuel called for former president Jacob Zuma to pay back the money used for non-security upgrades at his Nkandla homestead.

In 2014, Mantashe likened Manuel to former cabinet ministers Jay Naidoo and Ronnie Kasrils, who he said had a lot to say after they were no longer in government.

Earlier this week Manuel threatened to take legal action against political commentator JJ Tabane over allegations that he was involved in the formation of COPE while serving as an ANC NEC member.

According to Manuel, his integrity was on the line because of the claims made by Tabane and called for the commentator to retract his statement.

However, Tabane denied defaming Manuel, saying he will defend himself in court.

“I was interviewed on The Hustlers Corner and was asked a question relating to the formation of COPE. I responded to this question and nothing in my answer was defamatory, contrary to what you allege,” Tabane told Manuel.

“I therefore stand by that answer and have no intention of withdrawing it or making any apology, as demanded by you. If you choose to take legal action, I will defend it vigorously.”

BUSISIWE MAVUSO: Mogajane’s competence should be the norm in government, not the exception

Three initiatives are in the pipeline that, if successful, will go a long way to improving competence
Opinion
1 month ago

Manuel wanted the apex court to reinstate the R500,000 in defamation damages he won against the EFF
National
7 months ago
Next Article

LETTER: Tips from Trevor for Mantashe

LETTER: Tips from Trevor for Mantashe