A white paper suggests overhauling the rail network from the narrow Cape gauge, which limits train speeds to 80km/h, to a wider standard gauge line, allowing for heavier loads at higher speeds 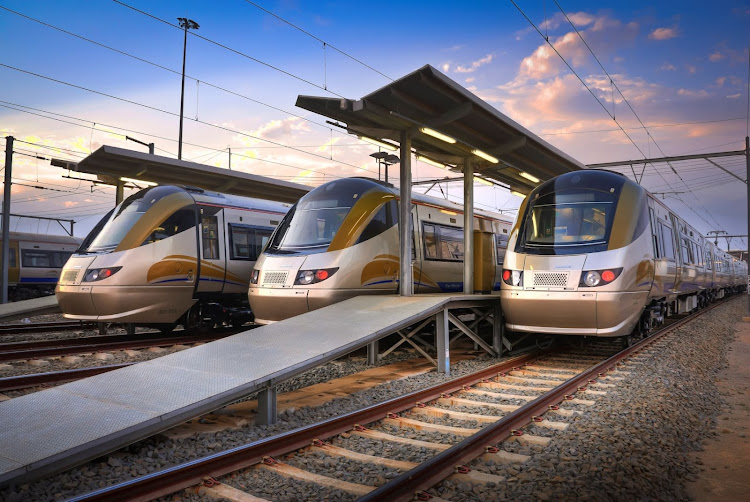 The department of transport is proposing that the success of the Gautrain be replicated in other areas of the country.

This could see the introduction of a service operating between Cape Town and the Winelands; in the Durban metro and surrounding areas; between Gauteng and Polokwane; Gauteng and Rustenburg in the North West; and one operating from Mthatha through East London to Gqeberha.

The department has released for public comment its much anticipated White Paper on National Rail Policy. The white paper — a policy document that sets out proposals for future legislation — aims to make rail the bedrock of the country’s transportation needs, moving both passengers and freight from roads to an intensive national rail network that will be reliable, fast, safe and efficient.

To achieve this, the white paper suggests a total overhaul of the national rail network from the current narrow Cape gauge, which limits load capacity and train speeds to a maximum 80km/h, to a wider standard gauge line that will allow for ferrying heavier loads at higher speeds.

The possibility of introducing high-speed trains travelling at speeds of 300km/h and faster on longer distance routes, operating on its own dedicated network, should also be investigated.

The white paper further encourages private sector participation in freight and passenger rail operations and devolving urban rail operations to municipalities that have the capacity to manage these. It places rail at the centre of climate mitigation initiatives as the most energy-efficient transport mode.

The drafters of the white paper said the success of the Gautrain was proof that a regional rapid transit system covering longer routes at higher speeds was vital for the country.

“It enables people to enter conurbations from outlying areas as urbanisation expands, to connect over fairly long distances with them, or to traverse them, without contributing to road congestion or becoming snarled up in it.”

They propose an inter-region passenger rail service with trains running at speeds of between 160km/h and 200km/h, extending a few hundred kilometres.

The proposed routes would minimise the number of cars that travel on these routes on a regular basis.

The white paper also proposes the department undertake feasibility studies into the introduction of a high-speed rail service over time. Such a service could shift both freight and passenger loads from air and road to rail by 2050; however, this would be a costly exercise as high-speed rail requires its own dedicated lines that cannot be shared with slower trains.

It calls for more participation of third parties in both freight and passenger operations. It noted that the Passenger Rail Service of SA (Prasa) was underfunded and unable to provide optimum service, hence the need to introduce third party operators on routes where it underperforms or where it does not operate a passenger service.

It further calls for more competition on all freight lines where Transnet Freight Rail is battling to meet demand due to inadequate rolling stock, and theft and vandalism of its infrastructure.

Transnet recently invited bids for 16 slots on the container corridor between City Deep and Durban, and the line between Tshwane and East London/Gqeberha to third party operators. However, it has been criticised for making slots available for 24 months, a period deemed inadequate by a number of potential third party operators.