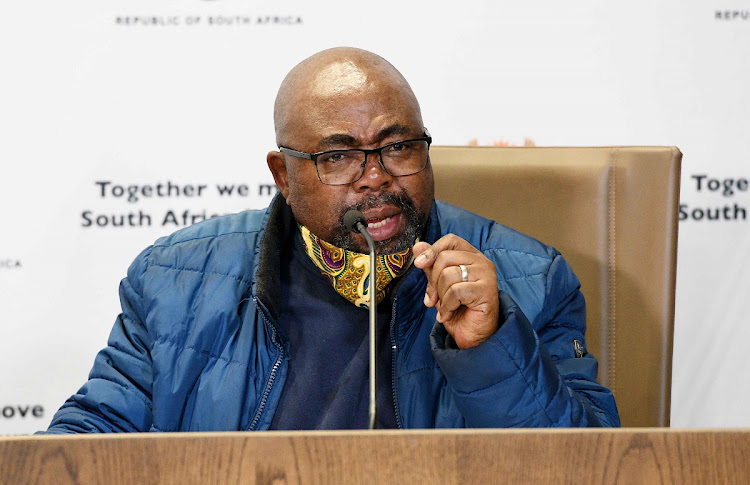 The government is proposing that the term of office for heads of departments be extended to 10 years from the existing five years, subject to performance.

The policy had been finalised and was ready to go to the cabinet, acting public service & administration minister Thulas Nxesi said in his budget vote speech in a mini plenary of the National Assembly on Thursday.

The high turnover of directors-general (DGs) has plagued the government for some time, with acting DGs often filling their positions for long periods, sometimes for years. This undermines the development and pursuit of long-term strategies.

A 10-year term would ensure greater stability and less vulnerability to political interference.

Nxesi said the professionalisation of the public administration — mentioned by President Cyril Ramaphosa in his state of the nation address — is critical to building state capacity.

Among the “radical” reforms included in the framework are more decisive action on consequence management, especially in dealing with mediocrity, unethical behaviour and corrupt and criminal acts.

It also includes “instruments to undertake integrity testing before any individual joins the public sector as well as the stabilisation of the political/administration interface across the public service with regard to the tenure of the heads of department with consideration being given to increasing this to 10 years subject to performance”.

Nxesi said the framework also proposes the repurposing of the Public Service Commission — which oversees the public administration — to insulate recruitment and selection practices from partisan influence and manipulation for the appointment of DGs and their deputies.

In his speech, DA spokesperson on public service and administration Leon Schreiber attacked the ANC’s policy of cadre deployment, while deputy spokesperson Mimmy Gondwe said the department had all but lost the war against corruption, fraud and other forms of misconduct in the public service.

“This is evidenced by the fact that we still have public servants conducting business with the state despite this being expressly prohibited by the Public Administration Management Act and the Public Service Regulations. Government departments are also bled dry, on an annual basis, by all manner of financial misconduct on the part of public servants, with little or no action being taken against the responsible public servants, thereby promoting a culture of impunity,” she said.

“We will never have a stable and fully functional public service if no disciplinary or criminal action is taken against public servants. We urge the department to urgently adopt and aggressively implement a strategy to deal with the backlog of disciplinary cases, which were reported to have cost us an amount of R4.5bn for the 2019/2020 and 2020/2021 financial years.

“If needs be so, the department should also look into the possibility of centralising the function of discipline management and allow it to be managed and administered by a single competent unit within the department that houses specialists in fields such as dispute resolution, labour and human resource management.”