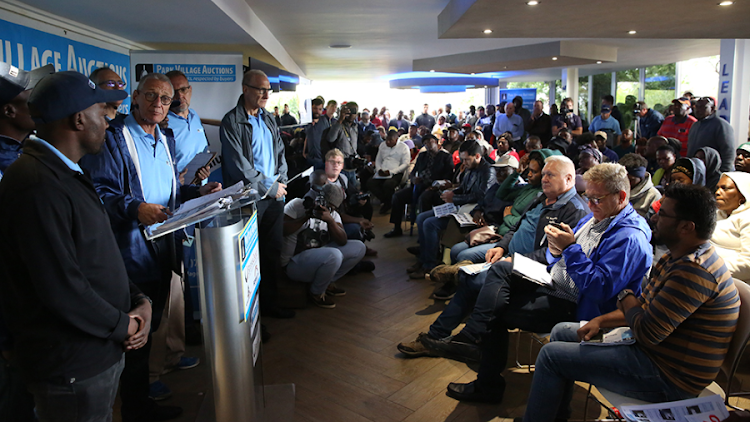 The liquidators of the Bosasa group of companies were given the requisite authority to sell the assets of the six Bosasa companies in a public auction in December 2019, the Supreme Court of Appeal (SCA) ruled on Tuesday.

The court upheld an appeal by the liquidators of the Bosasa group of companies, now known as African Global Holdings.

The directors of African Global Holdings and two Bosasa companies — Sun Worx and Kgwerano Financial Services — had gone to court in December 2019 to stop the sale of assets of Bosasa that happened by public auction from December 4-6 2019.

The high court in Johannesburg ruled in favour of the directors in August 2020.

It held that the liquidators were legally prevented from proceeding with the auction and any subsequent sales of the Bosasa assets, due to the business rescue application having been “made” on December 3 2019, before the auction.

The high court held that the business rescue application triggered the suspensions of the Bosasa companies’ respective liquidation proceedings in terms of the Companies Act. It also declared any sales on auction were unlawful and that the transfer of property as the result of the sale on auction was prohibited.

The liquidators appealed against those orders.

Bosasa’s troubles began when revelations were made during the state capture commission of inquiry by, among others, the former COO of Bosasa, Angelo Agrizzi, on how Bosasa had captured the state.

A report by the commission disclosed how this company, which conducted work for government departments including correctional services, home affairs, education and transport — amassing  more than R2.3bn in government contracts over a decade — also paid a kind of illicit tax for this work.

The findings prompted the bankers of African Global Operations to indicate that they would be withdrawing the company’s banking facilities and closing the banking accounts.

The directors of African Global Holdings resolved early in 2019 to place African Global Operations and its 10 wholly owned subsidiaries under voluntary winding-up as no other bankers were willing to work with the companies.

In November 2019, the Bosasa companies remained in a creditor’s voluntary winding-up process. Despite this state of affairs, African Global Holdings demanded that the liquidators not proceed with the auction.

When the liquidators refused to accede to its demand, Holdings, Sun Worx and Kgwerano caused the business rescue application to be issued.

In the judgment passed on Tuesday, the SCA said the question was whether the business rescue application was indeed “made” within the meaning of the Companies Act, thereby suspending the liquidation proceedings before the auction.

“The answer is no,” acting judge of appeal Pieter Meyer said in the judgment.

The court said that on December 3 2019, the sheriff only served it on Cloete Murray, and a candidate attorney delivered it by hand to Ralph Lutchman, who are joint liquidators of each of the six Bosasa companies.

“The sheriff did not serve it on the many other joint liquidators,” Meyer said.

HELEN ACTON: A Mantashe judicial review of Zondo’s findings can only undermine rule of law

With little chance of winning, questions need to be asked about ANC chair’s intentions
Opinion
2 weeks ago

Will the ANC step up on step-aside rule?