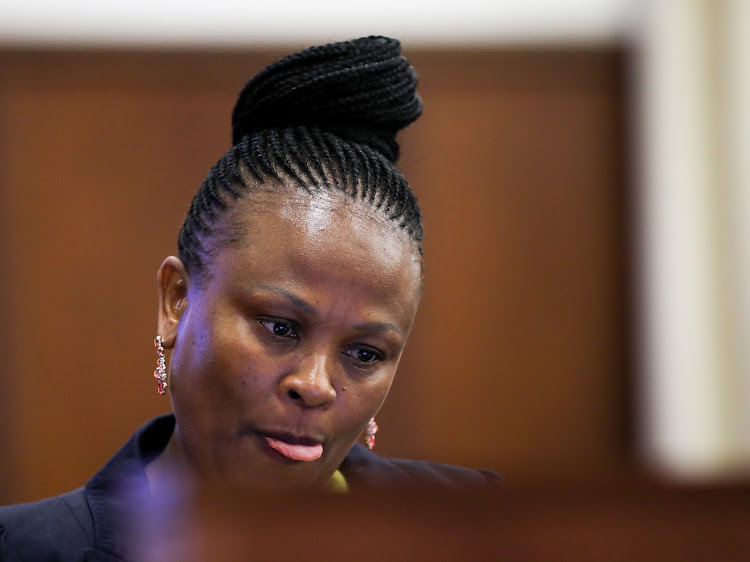 Public protector Busisiwe Mkhwebane has failed in her bid to have the Constitutional Court overturn its own judgment on her impeachment process. Picture: ESA ALEXANDER

The Constitutional Court has dismissed public protector Busisiwe Mkhwebane's application to rescind, or reverse, the judgment that cleared the way for an impeachment process against her in parliament.

In a unanimous order from nine justices, the apex court said her application did not establish any rescindable errors in the judgment.

“There are also no exceptional circumstances that warrant the rescission of the judgment,” said the court.

“Therefore the court has concluded that the application should be dismissed, as no case has been made out for rescission.”

It added there had been no reason for it to issue directions calling for written submissions or answering affidavits before making its order.

On the same day, the Constitutional Court responded to a letter from Mkhwebane's attorneys about the infamous text message, which “on very good authority” predicted the outcome of the rescission application.

The message was sent on April 24 to counsel for the speaker of parliament Andrew Breitenbach in a separate but related case in the Western Cape High Court. It said: “Hello Adv Breytenbach [sic], Re: The public protector case tomorrow. I have it on very good authority that the [Constitutional Court] has declined to hear the public protector’s rescission application. The decision will be made known some time this coming week, but not later than Friday. I thought I’d share this with you on a strictly confidential basis. Thanks.”

When Mkhwebane's lawyers wrote to the Constitutional Court to ask whether the contents of the SMS were true, the apex court said the matter was being investigated and that “the outcome of the application for direct access and rescission will be communicated to the parties when the court has finalised its processes and made its decision”.

This did not satisfy Mkhwebane, who wrote a lengthy response asking detailed questions about the nature of the investigation and expressing anxiety that it “sounds like an indirect confirmation of some of the information illegally communicated”.

One of the questions asked was whether it was permissible to reach an “outcome” without the chief justice issuing directions.

Friday's letter from the apex court was a terse one: “Please be advised that the court reiterates its response dated April 29 and in that regard will not engage in correspondence of this nature with a litigant.”

The ID is under growing pressure to win cases, and do so soon
Opinion
3 weeks ago

If there’s one takeaway from Nuclear: Inside SA’s Secret Deal, it’s that society needs to remain vigilant when it comes to the government’s energy ...
Opinion
3 weeks ago

The public protector's lawyers have written to the registrar of the Constitutional Court to ask if it is true that the apex court will this week ...
National
1 month ago
Next Article