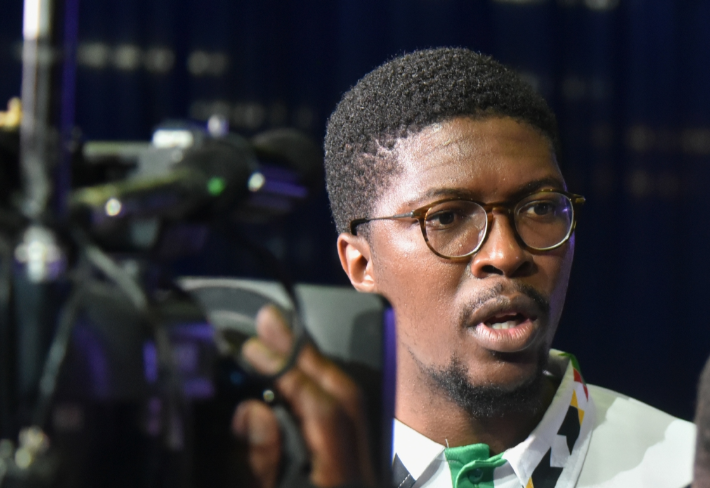 Chair of parliament’s standing committee on public accounts (Scopa) Mkhuleko Hlengwa has apologised to Eskom board member Busisiwe Mavuso, with whom he clashed during a parliamentary meeting last week.

Hlengwa said while he applied the rules of parliament accordingly during the heated Scopa meeting with Eskom, his interaction with Mavuso could have been handled better.

In a statement on Tuesday afternoon, Hlengwa revealed that he decided to apologise after receiving guidance from his party, the IFP.

He is the only chair of a parliamentary committee who is not an ANC member.

He said that at its ordinary weekly meeting, the IFP national executive committee (NEC) requested him to brief the meeting about the circumstances that characterised the Scopa meeting with Eskom last Friday, especially the interaction with Mavuso.

While the IFP NEC accepted his explanation and upheld that the rules of parliament were correctly invoked insofar as the construct of Scopa is concerned, the party asked him to reflect on the manner in which these rules were applied, and to give due regard to how Mavuso may have felt, considering the sentiments she expressed on Radio 702 on Monday.

“I have done this. Accordingly, I wish to express an apology to Ms Mavuso, which I will convey to her in due course. I accept that the situation could have been handled better.

“I thank the IFP NEC for its guidance on this matter,” Hlengwa said.

Hlengwa said he had noted the DA’s filing of a complaint against him where the party requested National Assembly speaker Nosiviwe Mapisa-Nqakula to suspend him pending an investigation into his conduct by the powers and privileges committee.

“I look forward to appearing before the powers and privileges committee, should I be called upon to do so,” he said.

“While my exchange with Eskom during the Scopa meeting escalated in the manner that it did, it was an exercise of my responsibility as chairperson to caution against attempts to draw Scopa into partisan politicking in the discharge of its work.

“Boards and executives of all state-owned entities have a fiduciary responsibility in law.”

The board of directors of Eskom are the accounting authority of Eskom and thus carry the burden of responsibility and accountability, said Hlengwa.

Mavuso told Radio 702 that she felt disrespected and claimed she was treated like a child.

“I am not going to be told to behave as if I am a naughty 12-year-old schoolgirl. I don’t even talk to my 10-year-old son in that manner,” she said.

In the same interview, Hlengwa said he was not going to engage in a public spat with Mavuso and had a responsibility to parliament to ensure accountability was upheld.

“Some of us in our political capacities agree with her that this is an ANC mess. That is not in dispute. She raised the right issue in the wrong meeting with the wrong people. We were not there on a political expedition,” he said.