The company says that of all water-damaged vehicles assessed, 500 have passed inspection and will be retailed 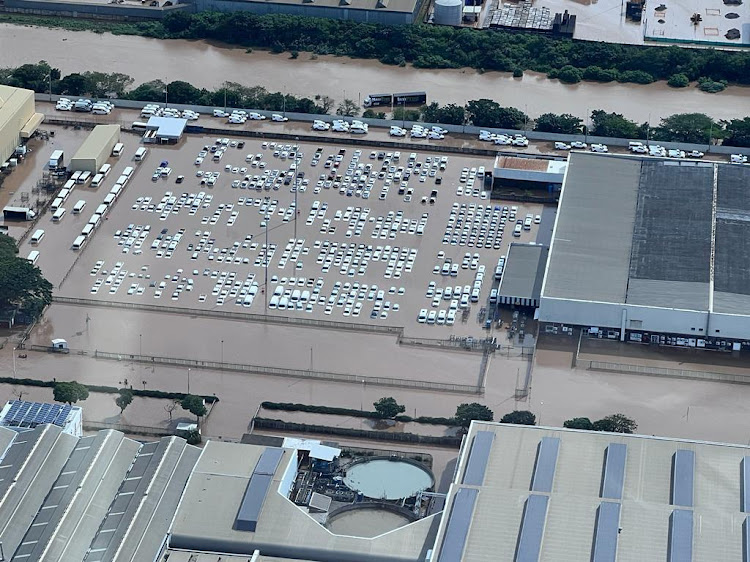 Toyota SA Motors (TSAM) will scrap the vehicles that were damaged at its Prospecton factory south of Durban due to the devastating flooding in KwaZulu-Natal.

The company would not confirm how many vehicles were affected, but a motor industry insider, who wished to remain anonymous, said there were about 4,000.

Of the total number of water-damaged vehicles assessed, 500 units had passed inspection and would be retailed, said Toyota.

Plant activities have been suspended while assessment and cleanup takes place, said Toyota, the country’s automotive market leader. It assembles the Corolla Cross, Quest, Hilux, Fortuner and Sesfikile at the Prospecton plant.

A spokesperson said: “The cessation of operations will be extended when the plant enters the reparation phase. The damage caused to the TSAM facility has not yet been fully quantified; a more accurate forecast concerning the resumption of production will be provided once assessments are completed.”

After the KwaZulu-Natal floods in 2017, Toyota put in place mitigation measures, including installing pumps and piping within the plant to disperse water as well as maintaining the water-drainage channels surrounding the facility.

“These countermeasures worked successfully at keeping the flood waters at bay, but were unfortunately no match for the mass of water that breached the facility when the banks of the Umlazi River broke,” said the spokesperson.

TSAM president and CEO Andrew Kirby said the priority is staff and families, followed by communities. “We have already put plans in place to make a sizeable donation to an NGO to assist local communities.”

He said the natural disaster has affected Toyota’s immediate ability to deliver vehicles.

Senior vice-president of sales and marketing Leon Theron said customers whose vehicles were destroyed would be prioritised. “This will be easier to facilitate with imported CBU [completely built up] vehicles as these are sourced from other plants. Of course, there is a pipeline for all imported vehicles, but we will try to increase this supply to make up for the units lost.

“Locally produced models such as Hilux are more of a challenge,” he said.

Port operations suspended, businesses in limbo, logistics in chaos as insurance companies predict losses of hundreds of millions of rand
Business
1 month ago

Disaster could not have hit the motor retail industry at a worse time, says Misa CEO
National
1 month ago

With March sales returning to pre-pandemic levels, here are the chart topping cars and bakkies
Life
1 month ago
Next Article