Greyhound and Citiliner return to roads ahead of Easter period 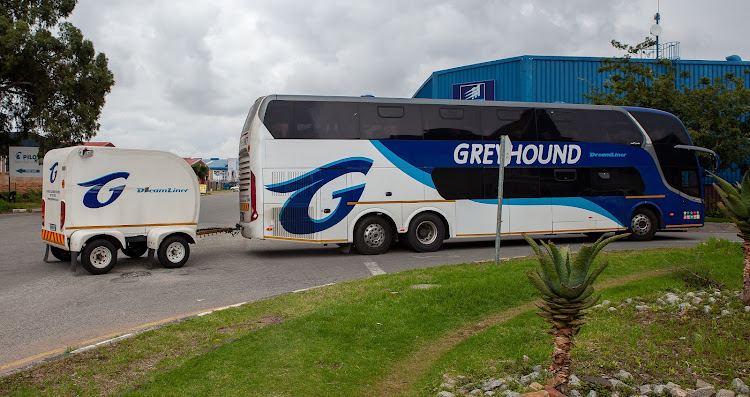 Greyhound and Citiliner bus lines, which closed down in February 2021 due to Covid-19, will be back on the roads again on April 13 ahead of the busy Easter period, following the company’s relaunch in Boksburg east of Johannesburg on Wednesday.

Luxury coach operator Greyhound and Citiliner, the semi-luxury division of Greyhound, were put up for auction by former owner KAP Industrial, after operating at significant losses for a number of years, resulting about 4,000 people losing their jobs.

The passenger bus lines’ financial woes were worsened by reduced travel due to Covid-19 restrictions, the closure of borders with Mozambique and Zimbabwe, as well as the restriction of bus occupancy numbers.

The bus sector employs about 35,000 people and contributes R5bn per year to the economy.

Delivering a keynote address at an event to relaunch the bus lines, deputy transport minister Sindisiwe Chikunga said it was a “bitter pill to swallow” when Greyhound, which was established in 1984, ceased operations last year. “We couldn’t imagine our roads without Greyhound,” she said.

“We heartily welcome back the return of this luxury coach line. Transport has been identified by all economic policy pronouncement as fundamental  it’s the heartbeat of SA’s economic growth and social development,” the deputy minister said, adding that intercity bus services were becoming the fastest-growing mode of transportation due to competitive pricing.

Chikunga said with the easing of the lockdown restrictions and the ending of the national state of disaster, intercity bus services were gradually recovering, and the relaunch confirmed that.

She acknowledged, however, that increasing costs of fuel, labour, vehicle maintenance, among others, could force operators to do cut corners in control costs. “Such shortcuts have dire consequences as far as road safety is concerned,” Chikunga said, pleading with operators to comply with road regulations.

The relaunch of Greyhound and Citiliner bus lines, she said, would contribute immensely to the growth of the tourism sector, which accounts for an estimated 8.6% of GDP and supports about 1.5-million jobs.

Greyhound spokesperson Leslie Matthews told Business Day that the immediate opportunities for employment were “in excess of 200 people, immediately”.

“The new owners are a private investment entity, Level 1 BEE, owned by a family trust. What they have requested, they very much want to be in the background. They are not egotistical people at all, which I think is very refreshing in SA,” Matthews said.

“The most important thing for them is to get these buses on the road and get people employed again, absolutely. On behalf of the new investors and owners, we are incredibly humbled that we can contribute, in some small way, to some employment of people in SA.

We know about the erratic fuel price increases, we are not going to let that stop us from giving people affordable and luxury transport in SA. We will look at other cost containment measures.”

Ekurhuleni’s member of the mayoral committee for transport, Alco Ngobese, said: “I’m impressed with how you have quickly bounced back after closing the business last year. It’s not going to be easy, but the hard work has already been done because Greyhound is a household name. Transport is the backbone of our economy in this country, that’s why as metro we support the relaunch, it will drive economic recovery and connect people.”

Buyile Matiwane, deputy president of the ANC-aligned SA Student Congress (Sasco), said: “We are overjoyed at the relaunch of the bus service. We encourage you to continue with the discounts for students.”

Greyhound Bus and Citiliner up for auction

WATCH: Why Greyhound has halted operations