Calls for a ban on scrap metal exports as theft worsens 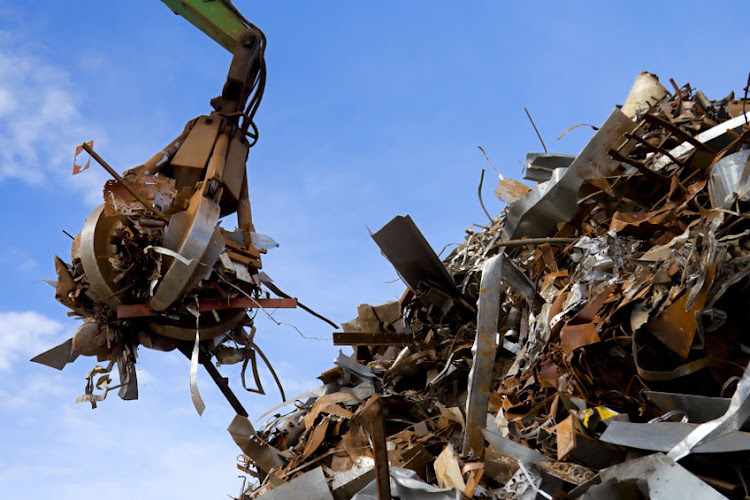 As  trade, industry & competition minister Ebrahim Patel weighs various measures to curb the theft of metal that is then sold as scrap, a big industry player has called on the state to ban the export of scrap.

His views, however, are not accepted by the metal recycling industry.

On Monday, Doron Barnes, the boss of Scaw Metals Group, which manufactures a diverse range of steel products mainly in SA and Australia, said the state will not win the fight against the theft of metal unless it bans exports.

He said allowing exports encourages the theft of metal infrastructure that threatens to cripple many parastatals and hamper economic growth.

Freight rail operator Transnet, partially state-owned telecom operator Telkom and power utility Eskom estimate that thieves and vandals cost them a total of R7bn a year, with the  knock-on  damage to the broader economy amounting to about R187bn annually.

The theft is said to be driven by a surging global demand for copper scrap largely due to tight supplies and low inventories pushing prices to record highs. Much of the stolen metal is smuggled overseas, with syndicates often easily avoiding detection.

“Pre-Covid we were selling prime newly made steel, at R7,500 per tonne. Today a chopped Eskom pylon [fetches] about R9,000 as scrap ... you cannot protect any infrastructure when scrap is selling for that amount,” Barnes said.

He said a ban on the export of scrap will also bring prices down, which will result in a more competitive and booming steel industry across the value chain.

“My view is that it is just impossible to manage the theft unless there is a complete ban on exports,” Barnes said.

But the Metal Recyclers Association of SA, whose members collect and process an estimated 80% of all scrap metal in the country, says banning exports will not solve the problem.

“There is not a stitch of proof that theft and exports are correlated,” Donald MacKay, the association’s trade adviser, said on Monday.

“If anything, there is a far greater risk of copper, for example, being stolen and melted down locally, than being exported. What a ban of exports will do is drive down the price of scrap, taking money out of the pockets of already destitute waste pickers and a hard-pressed manufacturing sector,” MacKay said, adding that the theft of infrastructure is a policing issue, not a trade matter.

Most recent industry figures show that in 2019 SA shipped about 633,000 tonnes of scrap metal amounting to R5.6bn.

The state considers scrap metal a critical feedstock into manufacturing and crucial for SA’s industrialisation drive. As a result, the government introduced various measures to boost access to higher quality and more affordable metal waste in the local market. One of the measures is an export tax on scrap metal, which the state says will be the most effective tool to reduce the domestic price. This suggests the government could lean towards an export ban in future as it pushes to curb theft and reduce local prices at the same time.

President Cyril Ramaphosa said in his state of the nation address that the state would take decisive steps, through improved law enforcement and by considering further measures, to address the sale or export of scrap metal.

According to the Budget Review tabled in parliament in February, making it mandatory for all metal traders to get licences and prevent them from dealing in cash — so there is a paper trail — could be a key step in combating theft and the illegal trade in cables.

The government is also set to introduce rules to make it mandatory for traders to conduct due diligence on their customers and track the origin of their products.

In a reply to a question from the DA published in parliament last week, Patel said he was weighing various options to address the rampant theft of metal infrastructure in the country.

“The decision on which measures to implement on scrap metals is still under consideration. Once a final decision has been taken, details will be made available,” Patel said.

DA MP Mat Cuthbert said it’s clear Patel has been slow in moving to address the crisis, despite an increase in law enforcement.

The DA wanted to highlight that it opposes any ban on scrap metal exports.

Cuthbert added: “Also, despite an increase in arrests and seizures over the past few years, the theft of public infrastructure continues unabated. Surely, the department and SAPS need to interact outside of ‘regular’ channels and establish a more coherent plan to tackle the theft that is taking place and at the same time protect the economic rights of metal recyclers et al?”

Patel’s department did not respond to further requests for comment.

Transnet, Telkom and Eskom estimate that thieves and vandals cost them a total of R7bn a year
National
5 months ago

The illicit copper trade particularly impacts Eskom and Transnet and costs the country's economy billion of rand a year.
National
10 months ago
Next Article