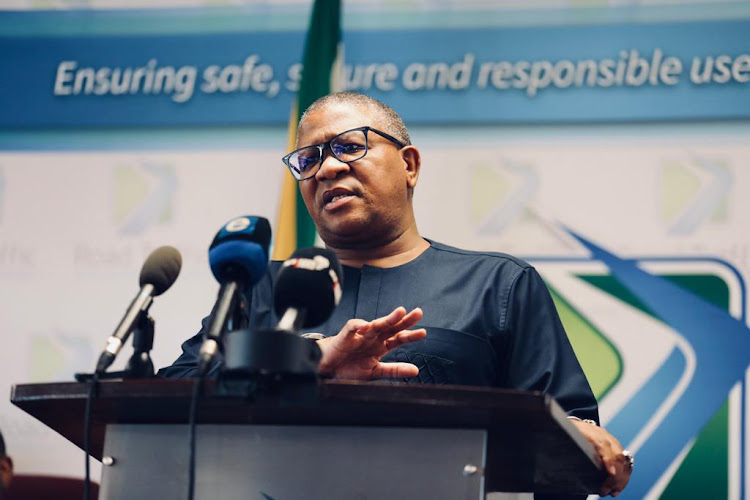 Motorists who have been unable to renew their expired driving licence cards can breathe a temporary sigh of relief after transport minister Fikile Mbalula extended the grace period by two weeks.

The previous deadline expired on March 31, but on Friday Mbalula said all learner licences, driving licence cards, temporary driving licences and professional driving permits that expired between March 26 2020 and March 31 2022 are valid until April 15 2022.

Mbalula had ignored previous calls by the Automobile Association (AA) and Organisation Undoing Tax Abuse (Outa) to extend the deadline due to delays caused by the Covid-19 pandemic, which meant motorists could not visit licensing centres.

He said the transport department was on track with the production of outstanding licence cards and the bottleneck experienced between November 2021 and January 2022 due to a broken card printing machine would be cleared by April.

The AA’s Layton Beard said the two-week grace period was insufficient to deal with the backlog and should be extended by another four to six months.

Given the problems with the production of driving licence cards and issues around driving licence testing centres and online booking systems, it was unrealistic to expect the enormous backlog will be cleared so soon.

“It leaves hundreds of thousands of drivers without the necessary documents to be on the road legally,” he said.

In a Friday media briefing, Mbalula said only 49% of affected motorists have applied for renewal of their expired driving licences. The grace period affects 1,424,756 motorists who had to apply for licence card renewals, a reduction from 2,813,016.

In respect to those who had already applied to renew their licences, the backlog of cards to be printed had been reduced from more than 1.1-million to 522,839, he told a media briefing.

To deal with the backlog, the operating times of driving licence testing centres (DLTCs) will be extended to seven days a week, while the Driving Licence Card Account (DLCA) is operating 24-hours a day to produce cards.

“In March, more than 74,000 bookings were made in Gauteng and Eastern Cape ... but a further 24,000 booking slots were not taken up. We call on motorists to come forward and renew their driving licences to avoid penalties on the roads,” he said.

“We are confident the measures we have in place will enable us to clear the backlog in the system without putting motorists on the wrong side of the law through no fault of their own.”

Mbalula also agreed to look at extending the validity of licence cards from five years to 10  years. He has commissioned the Road Traffic Management Corporation to undertake research on possible changes to the renewal time frames. The report will be issued by April 30 and an announcement will be made in May or June.

The deadline for expired driving licences may be extended beyond March 31, with transport minister Fikile Mbalula to give a briefing on the issue on ...
National
3 months ago

The bottleneck experienced because of a broken printer will be cleared by April, the department says
National
3 months ago
Next Article