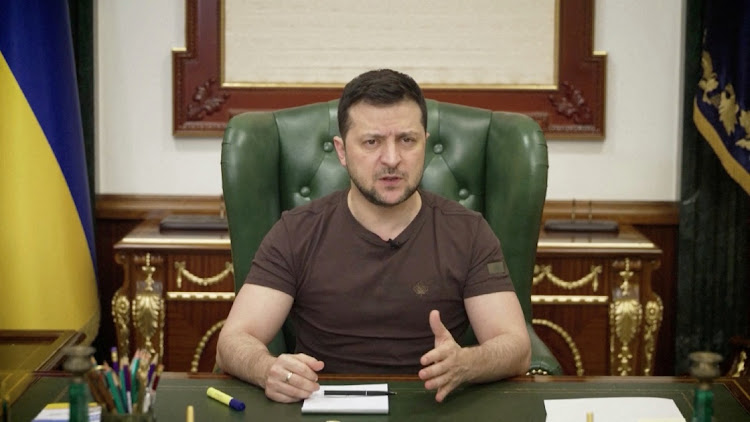 President Cyril Ramaphosa is still awaiting an official phone call from his Ukrainian counterpart, Volodymyr Zelensky, more than 10 days after sending a request to the war-torn country to speak about SA’s possible mediation efforts.

The apparent snub by the Ukrainian leader seems to raise fresh questions about SA’s rationale for its controversial abstention on the March 3 UN General Assembly resolution condemning Russia’s invasion of Ukraine. SA said it wanted to stay neutral because it had been asked by a third country to assist in mediating the conflict.

Presidential spokesperson Tyrone Seale confirmed that “the two leaders had been trying to set up a call”, but he said they had not spoken yet.

Ramaphosa’s attempt to reach out to Ukraine came a full week after he called Russian President Vladimir Putin on February 10. Diplomatic sources say Zelensky is unhappy with SA’s stance at the UN, where it has twice refused to support resolutions condemning Russia.

Attitudes hardened further against SA last week when it refused to support a resolution entitled “Humanitarian consequences of the aggression against Ukraine”. The resolution was passed late on Thursday with 140 votes, five against and 38 member states, including SA, abstaining.

Instead, SA proposed a competing draft that did not mention Russia or its role in the start of the conflict, arguing instead that the humanitarian situation should enjoy priority over “geopolitical considerations”. But 67 states voted not to vote on SA’s draft; 50 countries were in favour of it and 36 abstained.

Ukraine’s representative to the UN, Sergiy Kyslytsya, condemned the competing draft by SA, saying Ukraine had nothing to do with the text. According to him, it was done without any cross-regional consultations.

He described SA’s resolution as a “placebo” given to a dying child and as fresh paint on a mouldy, rotten structure “where the paint isn’t actually paint but the blood of Ukrainian children, women and defenders”.

A Pretoria-based European diplomat said some diplomats led a démarche to the department of international relations and co-operation about SA’s stance on the humanitarian resolution. Officials “insisted they weren’t [floating the competing text] at the behest of Russia”.

Diplomats in New York tried to engage SA about its text, but they weren’t given an audience, he said. “We hope SA will finally realise that they are losing friends about this.”

In some embassies, there has been talk about slashing funds donated for development programmes, such as the just energy transition, in an effort to sanction SA. But others feel this is not a “transactional issue”.

Ukraine’s ambassador to SA, Liubov Abravitova, confirmed the department asked for a telephone call between presidents on March 17. She said as far as she is aware, the phone call has not taken place.

Department officials say there have been some talks with Ukraine, but these were not on a presidential level.

Ramaphosa said when he spoke at asset manager Ninety One’s recent anniversary event that he wants to speak to Zelensky and other leaders on how the mediation of the conflict would work.

There is some disagreement in ANC circles on SA’s stance. One veteran called SA’s position “inexcusable”. Former minister Barbara Hogan was openly critical about SA’s stance in a weekend webinar by the Ahmed Kathrada Foundation.

Spokespeople for the department failed to react to a request for comment at the weekend.

The deputy president says SA’s close ties with Russia do not mean the ANC government is blind to the conflict, but that it will not take sides
National
5 months ago

ROSS HARVEY: Cosying up to Russia amid Ukraine crisis will not spare SA’s economy

Knowing the Kyiv embassy staff has fled, consulates demand that applications are filed in the besieged capital
Opinion
5 months ago

Ramaphosa must listen to both sides in Russian-Ukranian war, Ukraine’s ambassador says