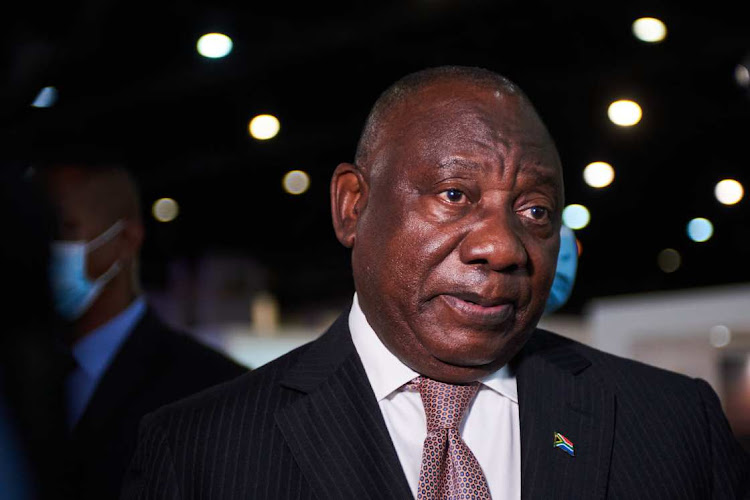 President Cyril Ramaphosa has reached 95% of the five-year, R1.2-trillion investment target he set when he launched his investment drive in 2018, and he expects that companies that have pledged new investments at his four conferences will give others the confidence to follow suit.

The president’s fourth SA investment conference on Thursday ended with companies and financial institutions pledging 83 new projects worth R332bn, bringing the total pledged since 2018 to R1.14-trillion.

“The value of these conferences is they get people to see that SA is an investible destination and that we are open for business and for investment,” Ramaphosa said as he closed the conference, which was attended by 1,000 private and public sector people from 40 countries, including SA. He expects the original target to be met or exceeded by next year.

The projects ranged across a diversity of sectors “emerging and traditional”, said the president. While many had already been announced by the companies concerned, trade, industry & competition minister Ebrahim Patel said the focus was on fresh investments that added to SA’s capital stock.

Discovery executive chair Adrian Gore set an upbeat note in the first panel discussion of the conference, saying that one of the big problems is the negative narrative about SA.

He said that “tactically” the investment opportunity is that the narrative is much worse than the reality, which is that SA has a resilient economy in which companies can make good returns.

Ramaphosa launched his investment drive not long after he became president in 2018, after the last couple of years of the Jacob Zuma era in which business confidence and investment spending slid.

Such conferences are common internationally among countries pitching to attract investment, including the United Arab Emirates and Ireland.

Critics charge, however, that most of the pledges at these conferences are investments that companies were making anyway. And despite the pledges, SA’s investment rate was too low to spark higher growth levels even before the Covid pandemic. Though investment picked up in 2021, it is still well below its prepandemic level.

Among the big sums pledged was R42.5bn, which the African Development Bank (AfDB) will commit to SA over the next five years to support public and private investment.

“We believe in SA. We know SA is bankable,” AfDB president Akinwumi Adesina told the conference.

Other SA and offshore development finance institutions also contributed sizeable pledges, with R21.7bn of further financing for SA projects from the New Development Bank and R20.1bn from the Industrial Development Corporation for black industrialists and small and medium enterprises, as well as R2.5bn from the National Empowerment Fund.

Black industrialists accounted for a number of projects, including some large projects worth over R1bn in Saldanha Bay. A group of French companies together pledged R50bn in new investments. Renewable energy was a big theme, as was the energy transition generally.

In mining, eight new projects were announced, many of them in the platinum sector, while Anglo American added R10bn to the R100bn already pledged.

The automotive industry again accounted for some of the largest new investment commitments, with seven projects — including R16.4bn for Ford’s new-generation Ranger.

Update: March 24 2022
This story has been updated throughout.

Despite a large drop in Covid-19 infections and an easing of restrictions since December, the CCI fell from -9 to -13 index points during the first ...
Companies
1 month ago

Aggressive rate hikes are not the correct response to a stagflationary shock, analysts say
Economy
1 month ago
Next Article