‘Road error’ to blame for poor safety in many cases, not human error

All too often human behaviour is blamed for road crashes when prevailing road conditions are the real culprit, the AA says 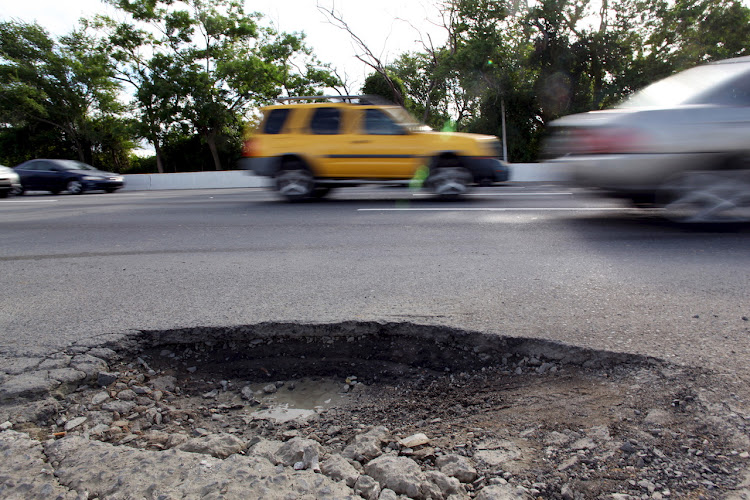 Crumbling roads infrastructure is contributing to SA’s poor road safety levels and must be addressed urgently if meaningful strides to improve the country’s road safety record are to be made.

The Automobile Association (AA) has said dangerous potholed streets, broken street lights, blocked stormwater drains, pollution-filled rivers and streams that overflow, and unkempt pavements and traffic islands were among the issues that required attention, and should be prioritised by local and provincial authorities.

“All too often human behaviour is blamed for road crashes when prevailing road conditions are the real culprit. Research shows there is an upward trajectory in poor road environments contributing to fatal car crashes,” the AA said.

“When we hear of the high number of pedestrians killed annually in SA we must ask if sufficient provision is being made for them. Are there adequate pavements for them to use or are they forced to walk on the road? Are street lights working to make them visible in the early morning or at night? Are there sufficient crossings and bridges for pedestrians to cross busy roads and highways or are they forced to take chances that may lead to severe injuries or death?”

There seems to be minimal effort to ensure proper upkeep of rapidly deteriorating roads.

“When it rains in certain areas roads become gridlocked as even small streams become impassable. Stormwater drains are clogged, resulting in torrents of water flowing down busy roads, making it impossible for vehicles to use them. New potholes are created and existing potholes get bigger and deeper. Motorists  swerve to avoid hitting potholes and the resulting crashes are ascribed to human error, which it is not; it’s road error caused by poor maintenance,” notes the AA.

Poorly maintained road markings and signage is another problem.

“Road markings and signage are there for a reason and should be maintained, but this is also neglected in many high-traffic areas where it is especially needed. Road users are vulnerable in these situations because the markings and signs, which control and direct traffic, are ineffective.”

“We know such an approach often yields limited results, but we believe it’s still a necessary step in dealing with problems and getting things working. It’s a critical first step, along with engaging councillors and community leaders.”

The association says if targets to reduce road fatalities in SA are to be met — such as halving the number of road deaths by 2030 — urgent attention must be paid to road and municipal infrastructure.

• With the Automobile Association

State-owned roads agency says it sympathises with consumers, but it needs increase to service debt and improve roads infrastructure
National
5 months ago

We will rebuild our province brick by brick with all mayors, David Makhura says
National
5 months ago
Next Article

LETTER: How our cities can enable better services

LETTER: How our cities can enable better services