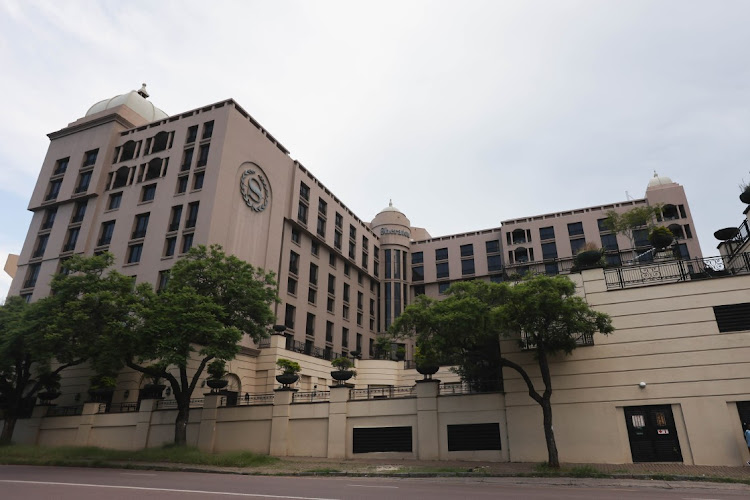 The Sheraton Hotel in the Pretoria CBD has been reconnected. Picture: ALAISTER RUSSELL

The Sheraton Hotel and the Passenger Rail Agency of SA (Prasa) were reconnected to municipal services on Thursday after reaching a settlement and paying R16m of their debt to the City of Tshwane.

Mayor Randall Williams, MMC for roads and transport Dikeledi Selowa and the city’s officials are pressing on with their #Tshwaneyatima campaign. They said they had given Prasa the chop over debt of R28m.

After being disconnected on February 9 for owing the city more than R23m, the Sheraton Hotel made an urgent application to the high court for an order to halt the city’s disconnection, but it was unsuccessful.

City officials reconnected services on Thursday, and said that the parties had reached a settlement.

With services cut off, some guests opted to leave the hotel, the Sunday Times reported.

Williams said on Thursday they were working through a list of 70,000 of the metro’s 900,000 accounts. They had so far recovered almost R500m.

Prasa paid R16,114,860 and was switched back on after being disconnected on Thursday. Prasa owed R28m for properties around the city.

Prasa spokesperson Andiswa Makanda said: “We do owe a significant [sum] to the city. We were entering into negotiations. There were things that we needed clarity on. In that process unfortunately we got our electricity disconnected.

“It accumulated over a while. It’s about stations around Tshwane. We are looking at about 30 stations that we owe electricity for, and it compounded over months. We were entering negotiations to see if there was a payment arrangement we could enter into.”

Johannesburg mayor Mpho Phalatse said on Wednesday that residents, businesses and government departments owed the city about R38bn in unpaid municipal rates, taxes and levies, which was more than half of the 2021/2022 budget of about R73bn.

All its entities, meant to deliver basic services to its residents, are beset by financial and governance issues
National
4 months ago

Public disconnections were the only option after Eskom went public with metro’s more than R630m debt, says city
National
4 months ago

Joburg to take over supply of power to townships, says mayor Moerane

Joburg to take over supply of power to townships, says mayor Moerane