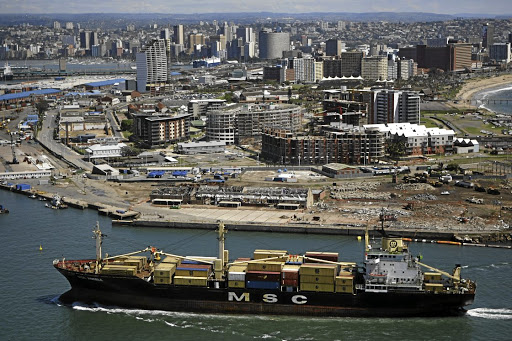 State-owned ports operator Transnet intends to create a special purpose vehicle together with its employees and an international terminal operator with the aim of assuming control of operations at its Durban Container Terminal Pier 2 and Ngqura Container Terminal in Gqeberha over 25 years.

The process to appoint the international terminal operator has already begun, with Transnet last week publishing a request for qualification for potential bidders.

This follows completion of the open-ended request for information process for private investment to expand its facilities at the two ports. Transnet says the request received an “extremely positive response” from the market.

The final bid evaluation process is due to be concluded by June 2022, followed by completion of the upgrades to the ports by 2023.

“The special purpose vehicle will provide required investment in the terminal to improve efficiencies, resolve operational challenges and modernise [the terminals],” Transnet said.

The expansion of Transnet’s ports through the participation of private partners and the establishment of its Transnet National Ports Authority subsidiary are part of the government’s priority list to overhaul the economy by increasing the efficiency of port infrastructure to boost investment and job creation.

Public enterprises minister Pravin Gordhan on Wednesday said during a presentation by Transnet and the department to parliament’s public enterprises portfolio committee that the involvement of private partners for Transnet does not mean the entity is being privatised.

“Transnet doesn’t have the capital that it requires to attend to every single need that the economy has … [Transnet] does require investment in its equipment and infrastructure and so it needs to find alternate ways of generating revenue which would assist with operational costs but also with investment, maintenance of equipment,” he said.

Transnet National Ports Authority will be paid rental and fees for the right of use of the container port terminals.

“[The special purpose vehicle] will generate revenues from clients/shipping lines calling at [Ngqura and Durban container port terminals], and existing terminal services agreements held by Transnet Port Terminals with its clients will be transferred to [the special purpose vehicle] in line with the terms and conditions in those agreements,” the request for qualification reads.

For the Ngqura Container Terminal, Transnet says the aim is “for operational efficiency improvements in addition to investment in terminal capacity. This, paired with an international operator’s access to the transshipment market, will improve the terminal viability and boost complimentary volumes.”

At the Durban Container Terminal, Transnet says “the international terminal operator is expected to support the required investments to modernise the terminal in addition to providing ongoing operational and commercial support to insert the terminal into global shipping line calling routes. This is, in part, to reduce logistics costs associated with servicing South African ports.”

DAVID MASONDO: Structural reforms are on track and will boost inclusive growth

There is intensive work under way across the government on a wide-ranging reform agenda, writes David Masondo
Opinion
5 months ago
Next Article