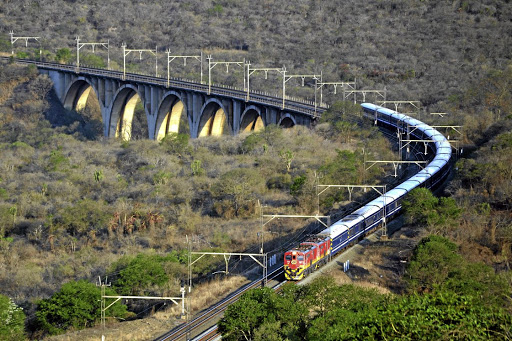 “Due to safety considerations the business has taken the decision to suspend the Blue Train operations to conduct a full analysis following the recent unfortunate incidents that have befallen [it],” Transnet confirmed in a letter dated February 12.

One person was arrested after a fire broke out in a coach while the train was in for repairs last week. The fire happened at the Transnet engineering facility in Koedoespoort, Pretoria.

“The coach had been taken to Koedoespoort for repairs after being involved in a derailment last November. Transnet has almost completed the investigation into the cause of the November derailment, and [the fire] will not impact the investigations,” said Transnet spokesperson Ayanda Shezi.

While the service is suspended, Blue Train staff will be deployed to the depot and offices “until further notice”.

Transnet said it would work over the next few days “on how best to manage the situation”.

Transnet to allow private access to its network from April, Cyril Ramaphosa says

Private participation in the freight rail sector is expected to increase competition, boost efficiency and reliability and reduce costs for customers
National
5 months ago

Michael Avery and guests discuss the dysfunction at Transnet, which is costing the country billions of rand in lost coal exports through the Richards ...
Companies
5 months ago
Next Article