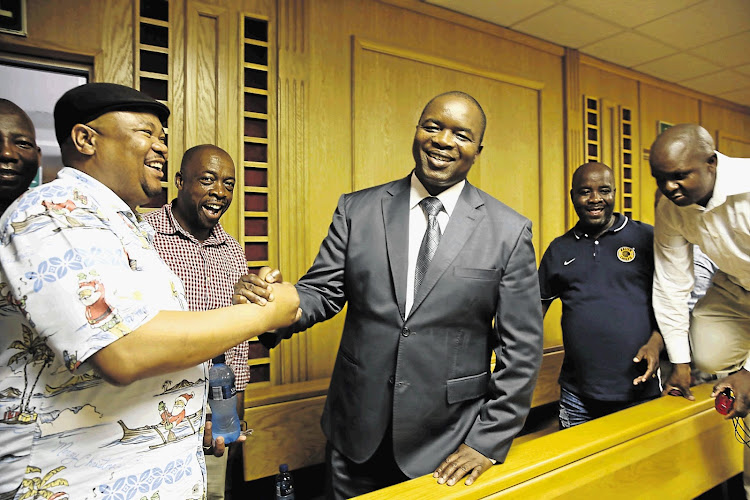 KwaZulu-Natal prisons head Mnikelwa Nxele, who has been suspended since December 2019 on full pay, has been cleared to return to work after a dispute resolution body cleared him of charges relating to tender fraud and money laundering.

In his ruling on February 7, which Business Day has seen, the General Public Service Sector Bargaining Council arbitrator Katlholo Wabile, however found Nxele guilty of failing to declare a property registered in his name and that of his wife.

Wabile directed the department of correctional services to issue Nxele with a written warning valid for six months from the date of the award. The department was ordered to pay Nxele’s costs on the scale of attorney and client.

Nxele was suspended on December 2019 as a result of two separate investigations against him, one of which was ordered by the Special Investigating Unit (SIU), and the other by the correctional services department.

In April 2018, President Cyril Ramaphosa mandated the SIU to investigate the correctional services department’s procurement of “perishable provisions, food, toiletries, catering, marquee fire and coal” in respect of 20 tenders. These multimillion-rand tenders were awarded between 2012 and 2018.

In its report in 2020 the SIU alleged that Nxesi may have laundered R16m through various casinos in KwaZulu-Natal and three properties he bought for cash between May 2015 and December 2016. But Nxele maintained at the time that these issues had “absolutely nothing” to do with alleged irregularities.

The SIU investigation found that Nxele had failed to declare his three properties, valued at R3.5m, in his asset declaration to the department of correctional services, a finding he disputed.

In 2019, former Bosasa executive Angelo Agrizzi implicated Nxele in his testimony at the state capture commission, alleging that Nxele accepted bribes from the company amounting to about R57,500 a month.

In May 2021, former correctional services national commissioner Arthur Fraser told parliament that Nxele’s suspension was necessary to ensure the safety and wellbeing of witnesses. He told MPs then that the estimated total value of the contracts that were investigated was R92m.

Nxele was accused by his employer of coercing or improperly forcing members of the sub-bid adjudication committee into making these decisions, which contravened relevant prescripts.

But the KwaZulu-Natal prisons boss denied the charges, saying he was being targeted as he had been viewed by colleagues as a likely candidate to fill the post of national commissioner of correctional services. Nxele started working for the department in 1986, rising through the ranks and occupying senior positions over the years.

However, he said he was glad this chapter was behind him after being exonerated by the bargaining council. He said the arbitrator’s awards “gives me relief. I’m overjoyed at the opportunity to go back to work and serving the department and the country”.

When contacted for comment, department of correctional services spokesperson Singabakho Nxumalo told Business Day: “This is an internal matter involving the employer and employee. We will deal with it according to that protocol. We don’t want to be drawn into a public spat.”

The Police and Prisons Civil Rights Union national spokesperson Richard Mamabolo said: “We note the outcome, and for now, we reserve our comment until we have fully studied the judgment.”