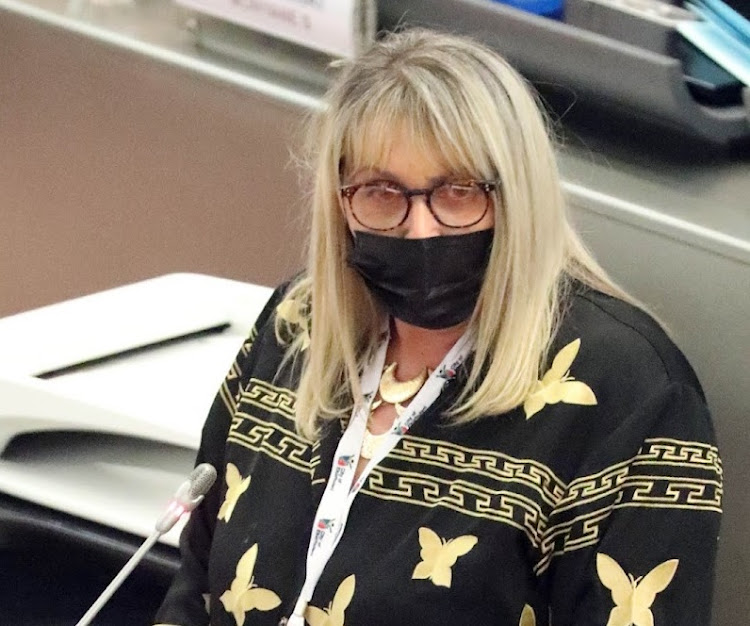 ActionSA, which is part of fragile minority governments running Gauteng’s three metros, has warned that Ekurhuleni’s could fall apart due to infighting among coalition partners.

The three metros have been rocked by instability in which the councils of both Johannesburg and Tshwane struggled to elect chairs of portfolio committees.

The chairs were finally elected during a third attempt after previous sittings were disrupted by ANC, EFF and minority party councillors who were unhappy with the voting procedure. The ANC in Johannesburg has now petitioned Gauteng co-operative governance and traditional affairs MEC Lebogang Maile to intervene in the matter. The portfolio committee chairs for Tshwane were also elected during a chaotic sitting recently.

The disruptions, if they continue, could render the three metros unable to pass their budgets for 2022/2023, thus affecting the delivery of services to the province’s population of about 15-million.

On Monday, ActionSA leader Herman Mashaba warned that the coalition arrangement running the Ekurhuleni metro could be short-lived as some partners were apparently more committed than others to make it last long enough to survive an “imminent” motion of no confidence by the ANC, or to pass a budget.

He said it was difficult for ActionSA to enter the coalition because a multiparty coalition government could survive only with the support of either the ANC or the EFF.

“A proposal emanating from the EFF was brought to the coalition. It is important to note that the proposal arose after the DA had requested ‘to speak to Herman [Mashaba] about talking to the EFF to see whether they are interested at all in voting for our candidates for committee chairs, and if so, whether they would demand a quid-pro-quo and what it would be’,” said Mashaba.

“The proposal received from the EFF offered to bring their 81 councillors to support the coalitions in the three metros of Gauteng for which they sought committee chair positions in the legislatures. The proposal did not involve being in the executive, and it did not involve becoming formal coalition partners given the widely divergent policy agendas between the parties. The ... proposal was declined by parties in the multiparty coalition without a counter-offer or, for that matter, even a response.”

Failing to consider the EFF’s proposal “will seal the fate of the coalition in Ekurhuleni” because “the mathematical fact is that the support of the EFF is the only viable option for the Ekurhuleni coalition government to survive what is likely to be an ANC-sponsored motion of no confidence within the next month or two. It is also the only way that a sufficient majority could be obtained to approve a budget and the service delivery plans of the city in May in the unlikely event that the coalition lasts until then,” Mashaba said.

DA federal council chair Helen Zille dubbed as a “serious distortion of facts” remarks by ActionSA national chair Michael Beaumont — made during the media briefing — that the DA asked ActionSA to reach out to the EFF to keep the DA-led coalition running the Ekurhuleni metro alive.

Zille said the remarks were disingenuous. The EFF elected to vote with the ANC and managed to get five portfolio committee chair positions in Ekurhuleni.

“The EFF, without any involvement with the DA, changed its voting position from the one it adopted in the mayoral election,” she said, adding the focus soon shifted to Johannesburg as it was next in electing the heads of portfolio committees. Johannesburg executive mayor Mpho Phalatse wanted to know whether the EFF would repeat the Ekurhuleni pattern, she said.

“It is therefore entirely disingenuous to claim that the DA asked ActionSA to approach the EFF to bring it into any form of agreement to ‘keep the coalition alive’. Implying that we were prepared to consciously bring the EFF into government is a severe distortion of the truth,” Zille said.

When contacted for comment, ANC Ekurhuleni caucus leader and former executive mayor Mzwandile Masina said: “The ANC is the official opposition in Ekurhuleni, having won 78 of the 112 wards ... what we know is that it’s impossible for a party that got only 28% to stabilise the so-called coalition.”

The Ekurhuleni metro, just like Tshwane and Johannesburg, fell under DA-led coalitions after the municipal election on November 1.

The City of Ekurhuleni, which has a population of about 4-million, is situated in the manufacturing hub of Gauteng, the country’s economic powerhouse, to which it contributes nearly 20% to its GDP. In May 2021, the municipality unveiled a budget of R46.75bn for the 2021/2022 financial year.

The country will get a lot better over the next five years, says DA leader John Steenhuisen
National
7 months ago