Peter Becker, who also works with an alliance that opposes extending the life of Koeberg nuclear plant, says the National Nuclear Regulator is required to have a board member who represents communities potentially affected by industry decisions 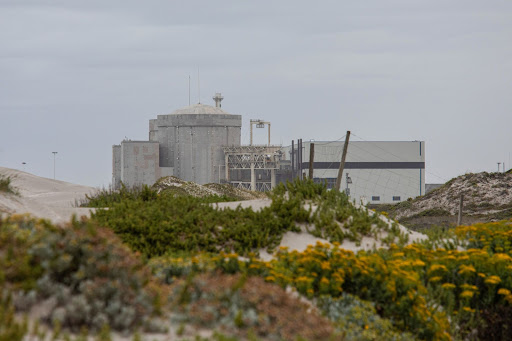 The Koeberg nuclear power station, which is located about 30km north of Cape Town. Picture: BLOOMBERG

Mineral resources & energy minister Gwede Mantashe is being sued by a suspended board member of the National Nuclear Regulator who also works with a civil society group fighting against the lifetime extension of the continent’s only nuclear power reactors.

The suit filed by Peter Becker, who in addition to serving on the nuclear regulator’s board is a spokesperson for the Koeberg Alert Alliance, will be heard by the high court in Cape Town on February 8, according to public documents seen by Bloomberg. SA is legally obliged to appoint a nuclear regulatory board member who represents communities potentially affected by industry decisions.

“It is a constitutional matter,” Mantashe said in a response to a query, without commenting further. The regulator didn’t respond to a request for comment.

Becker, who was suspended on January 18, argues in the documents that Mantashe didn’t have the legal authority to suspend him from performing his duties on the regulatory board.

“The role of a board member representing the interests and concerns of communities is defined by the National Nuclear Regulatory Act ... while I am suspended, decisions are being taken by the board without that representation,” Becker wrote in a reply to questions.

The court case highlights the difficulties Eskom faces to keep its Koeberg nuclear plant operating until 2044. Mantashe is a vocal supporter of nuclear power, a stance that has drawn criticism from environmental activists.

On the same day that Becker was suspended, Eskom received regulatory permission to replace ageing equipment at the 1,800 megawatt Koeberg plant. Three days earlier the utility said it was shutting down one of Koeberg’s two units for refuelling, while starting a programme to spend about R20bn on new steam generators as a “precautionary safety measure”.

Becker and Koeberg Alert have opposed Eskom’s plans to extend Koeberg’s operating licence because of the nuclear plant’s proximity to Cape Town, and the area’s potential for earthquakes.

The incident raises issues of governance for civil society groups, according to Liz McDaid, who advises the Organisation Undoing Tax Abuse, which investigates corruption.

“Why is this all happening at a time when a decision is being made about whether to extend the life of this reactor,” she said.

By sticking to modelling and data trail, we might find there are exciting and interesting solutions to SA’s problem
Opinion
6 months ago

Life of obsolete assets should not be extended, and emphasis should be on renewables
Opinion
6 months ago

PETER BRUCE: If the guys at the wheel don’t understand their jobs, expect a ...

PETER BRUCE: If the guys at the wheel don’t understand their jobs, expect a ...