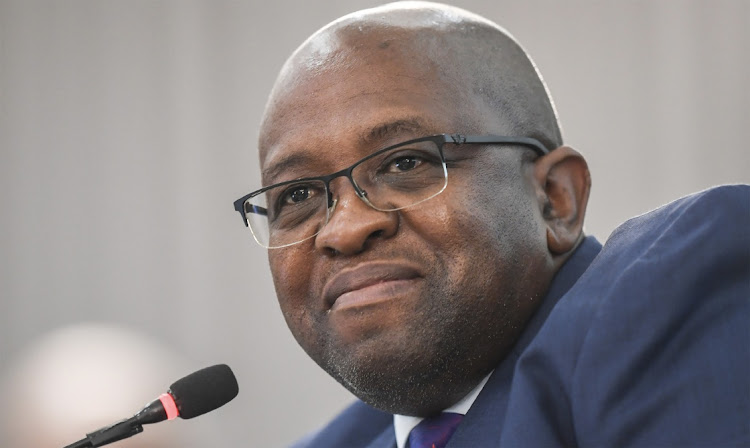 Justice Mbuyiseli Madlanga, one of the candidates vying to be SA’s top judge, has detailed a rising backlog of hundreds of applications in the Constitutional Court, and forecasts they will rise further, increasing the strain on its ability to conduct its work.

The number has risen by hundreds since 2013, he said during a day’s grilling as the first of four candidates to undergo a public interview for the chief justice job.

Before 2013, the court had a much stricter scope to cover “narrow” constitutional matters but that has since widened with applicants wanting various issues, including employment and other disputes, heard by the apex court even before they have been settled in lower courts. Even if it eventually dismisses the applications, it still has to follow a long process.

The first day of the Judicial Service Commission (JSC) interviews was chaired by the deputy president of the appeals court, Xola Petse, and progressed smoothly even if the interview with Madlanga ran over schedule.

The JSC is a constitutional body that interviews candidates vying to be appointed judges in SA’s superior courts. For the first time it is interviewing more than one candidate tipped by a president to become chief justice.

Madlanga weighed in on race and gender regarding judges, and the right of citizens to criticise courts and judges, a topic that was brought to the fore by an extraordinary attack on the constitution and black judges in particular by tourism minister Lindiwe Sisulu. Criticism should not be to the detriment of public confidence in the rule of law, he said.

“We perform an important constitutional function. We are, after all, the ultimate arbiters as to what is lawful, what is constitutional, and all of this turns on the rule of law,” he said.

Mapisa-Nqakula asked him if the country is ready for a female chief justice, prompting Madlanga to comment on the only woman among the three vying for the top post, Mandisa Maya, the first woman to serve as president of the Supreme Court of Appeal.

Malema pressed further, urging the judge to demonstrate his commitment to gender transformation, to the point of withdrawing his candidacy.

“Pen it to the president and say, you know what, we think now is the time that we get a female chief justice. Is this not an opportune moment?” asked Malema.

Maya’s interview is due to begin at 9am on Wednesday.

After earlier seeking Zondo’s recusal, Zuma now says his position was based on illegalities
National
6 months ago

POLITICAL WEEK AHEAD: Zuma and Zondo will be in the headlines again

Casac worries JSC is duplicating processes ahead of February interviews for top ...

POLITICAL WEEK AHEAD: Zuma and Zondo will be in the headlines again

Casac worries JSC is duplicating processes ahead of February interviews for top ...