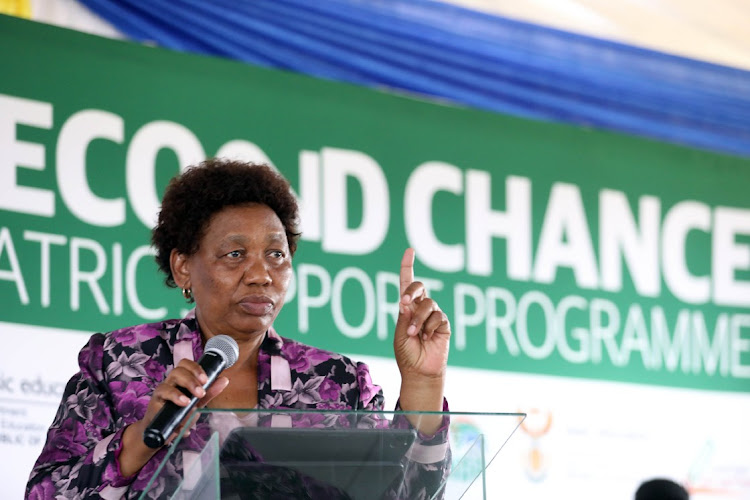 Motshekga said that the number of candidates qualifying for admission to bachelor studies at universities was 256,031 — up four percentage points from 2020.

“This represents 36.4% of the total number of candidates who wrote the 2021 National Senior Certificate exams. We must state that KwaZulu-Natal and Gauteng contributed the most bachelor passes,” said Motshekga.

Earlier, during a technical briefing ahead of the results, director-general of basic education Mathanzima Mweli said that, for the first time in SA’s history, 61.8% of bachelor passes in last year’s matric exams came from SA’s poorest schools — the quintile 1-3 schools.

“It means that children of people in rural areas, townships and informal settlements have now increased the output to 61.8%. It’s never happened in the system in history. I am actually shaking,” he said.

Western Cape pupils produced the most bachelor passes, followed by Gauteng and then the Free State.

The number of distinctions produced nationally dropped slightly from 4.3% to 4.2% with a decline in the Free State, Limpopo, Mpumalanga, the North West and the Northern Cape.

As the school year rolls in, will all the usual subjects still serve every child? We look at alternatives to traditional methods of education
News & Fox
4 months ago
Next Article