Depo-Testosterone, an affordable, injectable hormone, is produced by Pfizer, which has had to pivot resources to meet demand for its Covid-19 vaccine 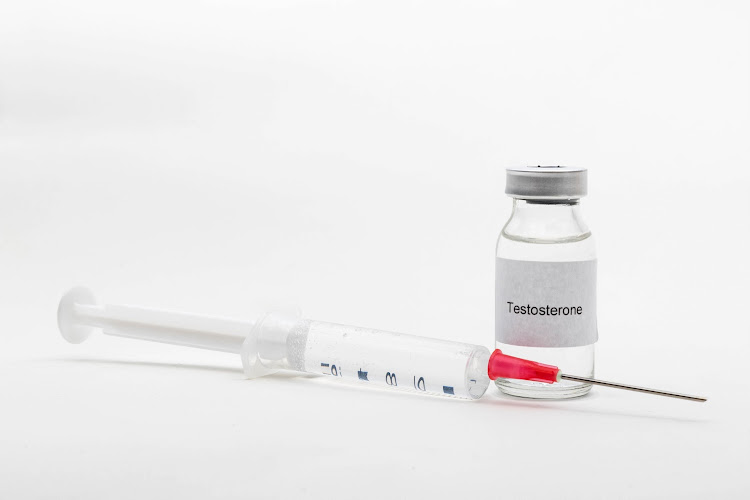 Tech adviser Josh Stols felt a wave of euphoria when his doctor handed over his first testosterone prescription, allowing him to finally start his physical transition as a transgender man after a year of psychiatric assessments.

He was looking forward to starting a new chapter until he discovered that testosterone supplies often ran short — an issue that has worsened during the Covid-19 pandemic — pushing him and other desperate trans men to seek risky, black-market hormones.

“These shortages mess with our sense of self,” Stols told the Thomson Reuters Foundation in a phone interview from Johannesburg.

“It is like someone with mental health issues not being able to get their meds. [Testosterone] is what we rely on to look in the mirror and see ourselves — without it, it's like walking around blind. The risk of not getting this is suicide.”

In SA, trans men and doctors say that widespread testosterone shortages began around 2015, and can last for a few months at a time.

Similar shortages of the male hormonal drugs have been seen from Canada to Spain, health reports say, leaving a trail of derailed transitions in their wake.

“Without testosterone, breast tissue can form again, fat redistribution could return to more female areas and periods can start again,” said Stols, all of which carry devastating mental health impacts as trans men see their new bodies sliding away.

Reasons for disruptions include shortages in the compounds that form the medication, transport issues such as shipping container shortages, or lack of manufacturing capacity due to heavy demand for other products such as Covid-19 vaccines.

Depo-Testosterone, the affordable, injectable hormone used by many SA trans men and gender nonconforming people, is produced by Pfizer, which has had to pivot resources to meet huge demand for its Covid-19 vaccine.

Production of some drugs including testosterone has been “temporarily impacted” as a result, said Zogera Kara, director of policy and public affairs at Pfizer’s Sub-Saharan Africa office, over email.

Pfizer said it is “actively working to mitigate any supply interruptions” but did not respond to specific questions about when the current shortage is expected to end.

While some trans men can afford to turn to more expensive testosterone prescriptions when their normal brand runs out, those who cannot are forced to seek black market supplies from gyms, dealers or other illegal suppliers.

The illicit market is largely driven by men who use it for its muscle growth effects, but it carries health risks and side-effects such as increased anger levels or thromboembolism — obstruction of a blood vessel by a dislodged blood clot.

In 2021, Nicholas Snyman, a trans draftsman based in Pretoria, got testosterone from a friend working at a gym when a Depo-Testosterone shortage hit.

He suffered low moods while taking it — though it was unclear whether it was a side effect of the drug or down to frustration with shortages, he added.

“Using an alternative would make anybody nervous: it disrupts their routine, their journey to achieve results, to achieve their happiness,” he said.

He estimated that thousands of trans men turned to black-market testosterone during shortages.

Stols has also previously used black-market supplies, though he was able to get an alternative prescription through a private clinic during the current round of shortages.

But many of those who are unable to access alternative supplies — whether official or illicit — cannot cope and choose to end their lives, said Stols.

Studies have also found that access to hormones and medical transition is linked to a lower suicide risk.

Claudia Do Vale, the founder of Africa’s first Queer Wellness Centre, which is based in Johannesburg, said previous research pointed to high levels of medically “unsupervised” hormone use among trans people.

Stigma from medical staff, the cost of alternative medication, and getting time off of work to visit hospitals are all barriers to trans people getting the medical care they need, Do Vale said.

The mental health effects of disrupted transitions have only worsened during Covid-19 as in-person support networks were halted too, according to research from the Springer medical journal.

This has left many trans people in a “twilight zone” between their sex assigned at birth and their gender identity, while also getting minimal support, the research found.

Though the pandemic has caused particular disruption to testosterone supplies, Snyman and Stols both argued that the pre-existing shortages pointed to ongoing issues that could be resolved if it were a priority for pharmaceutical companies.

“The fact is that this has happened often, too often now, as if it’s blatant neglect of the trans community, as if we are not considered to be important enough,” said Snyman.

He called on medical professionals to understand the importance of reliable hormone supplies for trans people, stressing that the physical changes brought on by testosterone use were not just about appearances.

“Those changes signify something much more meaningful,” he said.

Transgender people in UK have no end in sight to interminable waits for ...

Devlin Brown at the water cooler: Are my declining testosterone levels muting ...

Transgender people in UK have no end in sight to interminable waits for ...

Devlin Brown at the water cooler: Are my declining testosterone levels muting ...