Court orders Zandile Mafe, who is threatening to go on hunger strike, to undergo observation at Valkenberg Psychiatric Hospital 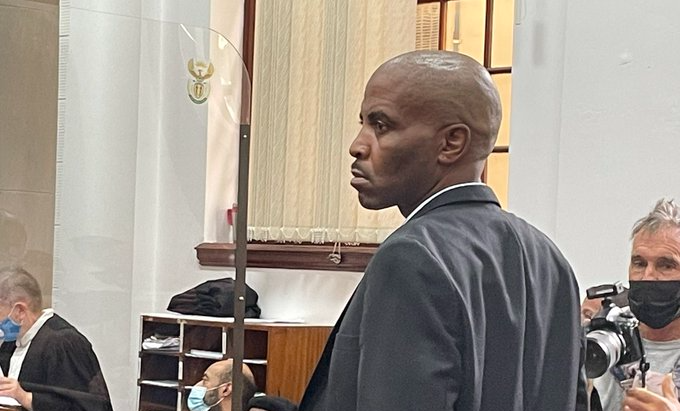 A court has ordered that the man accused of setting fire to parliament last week be sent for mental observation after prosecutors and the defence clashed over his condition and the charges against him.

Zandile Mafe, 49, appeared in the Cape Town magistrate’s court on Tuesday where he was charged with terrorism after the state withdrew a charge of destruction of essential infrastructure.

Mafe also faces charges of housebreaking and theft after he allegedly stole laptops, crockery and documents from parliament, and two charges of arson for allegedly setting the National Assembly building on fire and a charge of contravening the Explosives Act.

Prosecutor Helene Booysen told the court that district surgeon Dr Zelda van Tonder had diagnosed Mafe with paranoid schizophrenia and asked that he be referred to a psychiatric hospital centre for 30 days’ observation.

But Mafe’s counsel, Dali Mpofu, said that after consultations Mafe had told him “there is nothing wrong with him”. Mpofu said the state had also “ambushed” them with the terrorism charge, which places the onus on Mafe to prove it is in the interests of justice for him to be released on bail.

Prosecutor Helene Booysen said the terrorism charge was added only after viewing video footage on Monday.

Magistrate Zamekile Mbalo ordered that Mafe be committed to Valkenberg Psychiatric Hospital and postponed the case to February 11.

“There is prima facie evidence before me that the accused may not be fit to stand trial,” said Mbalo.

Booysen and Mpofu also clashed about bail for Mafe. Booysen argued that the case was not postponed during Mafe’s first appearance on January 4 for a bail application.

The case had been postponed for bail information, not a bail application, she said. “The record speaks for itself,” she said.

The postponement was meant to allow the state to decide the schedule under which that Mafe’s alleged crime falls, and to allow the investigating officer to access the crime scene, she said.

Mpofu said Mafe “is of the view that after today [Tuesday] he should no longer be in the custody of the state. He will embark on a hunger strike.

“He is not prepared to take any food offered by the state. He doesn’t understand why the government that was unable to feed him while he was outside, poor and fending for himself, is now interested to feed him,” Mpofu added.

“We are simply appealing for his right to apply for bail. Your worship must please take into account that the same state that says there could be an element of incapacity [has] added a case of terrorism.”

Booysen said Mafe cannot hold the state to ransom with a hunger strike.

“If there is a bail application and he doesn’t get released does that mean he will go on hunger strike until he dies?”

Like the German Reichstag Fire of 1933 which is still up for debate, febrile speculation is set to flourish
Opinion
2 weeks ago