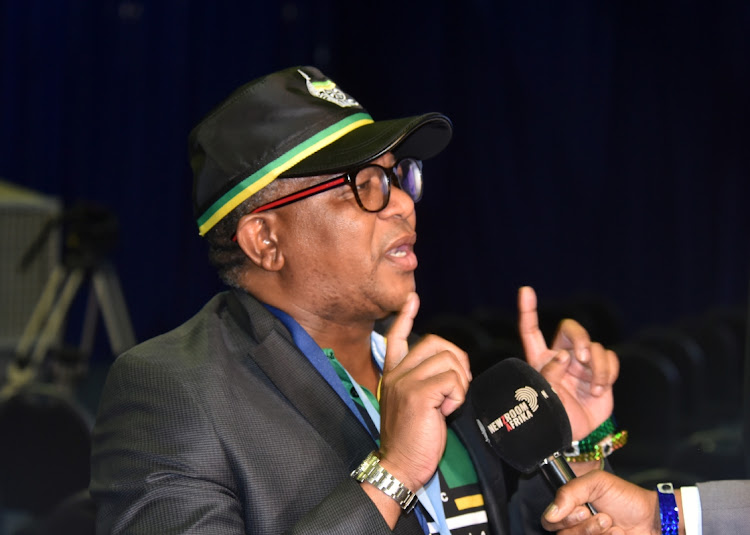 Transport minister Fikile Mbalula has reiterated his support for parliament to be moved to Gauteng after a fire in the parliamentary precinct at the weekend.

On Tuesday‚ Mbalula said the ANC had long advocated for the move because it made financial and political sense.

“We have long taken a decision to relocate parliament to Gauteng‚ but not at the exploitation of dubious circumstances like burning down a building. Relocating makes financial and political sense‚” he said.

“Let’s use this opportunity‚ minister‚ to relocate the legislative arm of the state to be closer to the administrative/executive arm. Such will certainly enhance and harness oversight‚ accountability of the state and its entities‚ and accessibility to parliament. It’s long overdue‚” said Shivambu.

EFF MP Mbuyiseni Ndlozi told Mbalula the only thing dubious was his dangerous culture of negligence.

“You neglect everything‚ even of your own decisions on pit toilets‚ state bank‚ localisation‚ pharmaceuticals‚ speed trains. You are just a bunch of African Negligent Congress losers. Let’s move to Tshwane already‚” said Ndlozi.

Since the fire on Sunday morning‚ the EFF has been vocal about relocating the national assembly to Tshwane.

“Politically‚ the location of the legislature in Cape Town while the administration of the country is located in Tshwane was a deal brokered by British and Afrikaner settlers upon the establishment of the union of SA‚” the party said.

“To maintain this colonial pact of how we organise our society is nothing but a betrayal of African people and a reaffirmation that white racist spatial and political planning still overdetermines our lives in this country.”

“We all should agree that instead of repairing this colonial establishment‚ parliament must be relocated to a central and easily accessible area where the administrative capital is. Keeping parliament in Cape Town is plainly illogical. The pillar is one capital city‚” said Shivambu.

Ndlozi said the parliamentary building should be turned into a museum.

The EFF’s proposal was met with a backlash from many‚ including DA federal chair Helen Zille and former MP Phumzile van Damme‚ who questioned the financial‚ infrastructure‚ employment and constitutional implications of such a move.