Acting chief justice Raymond Zondo is due to hand over the first of three parts of the report to the president at 3.30pm 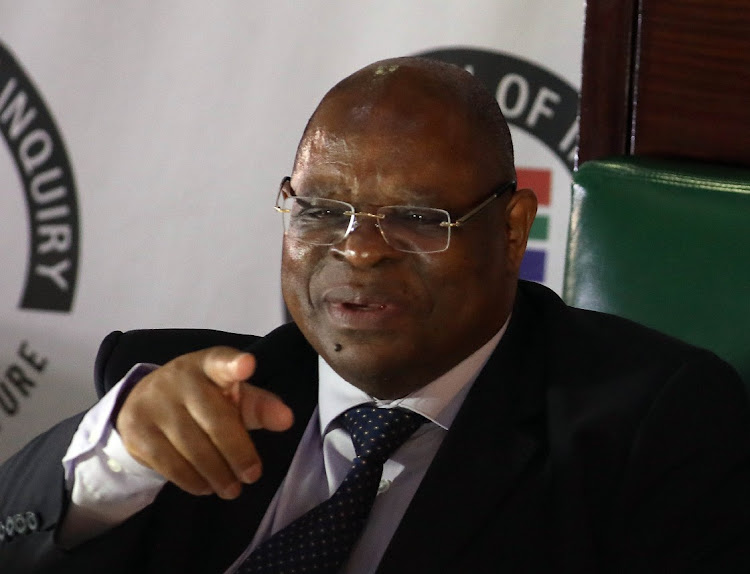 President Cyril Ramaphosa is expected to hear on Tuesday if there is proof of there having been malfeasance in former president Jacob Zuma's administration, when he receives the first part of the report of the inquiry into state capture.

Acting chief justice Raymond Zondo will hand over the first of three parts of the report to the president at 3.30pm, depending on the outcome of a last-minute court challenge. The Democracy in Action movement has asked the high court to find that Ramaphosa was “implicated” by witnesses at the inquiry and should therefore not be the one to receive the report.

Despite the years-long investigation, former public protector Thuli Madonsela, in an interview on Newzroom Africa, said the probe into state capture was in fact a very simple one.

“The investigation is a very simple investigation: was the minister of finance [Nhlanhla Nene] improperly fired through the influence of the Guptas? And was that part of a broader systemic capture of the state by a collaboration or collusion between the Gupta family and the Zuma family, and was the state captured to support the businesses that were co-owned by the president's son and the Gupta family?

“And the rest of it is detail.”

Zondo is expected to deal with issues related to Transnet, SAA and SA Express in Tuesday's report, Council for the Advancement of the SA Constitution (Casac) chair Lawson Naidoo told eNCA.

Commenting on Democracy in Action’s assertion that Ramaphosa should not receive the report, Naidoo said because the first report was expected to deal with the aviation sector, “it’s highly unlikely that part one of the report is going to reflect in any way on Ramaphosa either as president or previously as deputy president”.

In any event, Naidoo said, if there were any findings that indicated a conflict of interest for the president, another body such as parliament would have to deal with those aspects of the report.

“The presidency has made it clear they will be making the report publicly available once received. Once that report is in the public domain, parliament is able to act to take cognisance of its contents and to take whatever appropriate action is deemed necessary.”

Naidoo said Zondo’s application in December in the high court for an extension showed that there were 17 workstreams the commission had been working on, rather than the initial six.

“We don't know how the other work streams are going to be divided between the next two phases of the report,” Naidoo said.

Ramaphosa has asked for four months from the date of the final report being submitted to formulate a response to the findings and recommendations before he reports to parliament on what he intends doing about its recommendations.

“It might well seem like a reasonably long time but, as we know, this report is likely to run to many thousands of pages with huge annexures and so on. So the president would require time to apply his mind before he can respond properly,” Naidoo said.

“As long as the report is in the public domain, we will all be interrogating it and I'm sure we'll be discussing it over the next few months. There will certainly be opportunity and the necessity for action to be taken long before the president reports to parliament in June. For example, matters that relate to referrals for further investigations and prosecutions to the Hawks and the National Prosecuting Authority in particular.”

First part of Zondo report to be published next week

Zondo will hand over the first part of the report to President Cyril Ramaphosa on Tuesday.
National
7 months ago

The most important response to the years of state capture is for there to be accountability first, and insights and recommendations on how to prevent ...
Opinion
7 months ago
Next Article