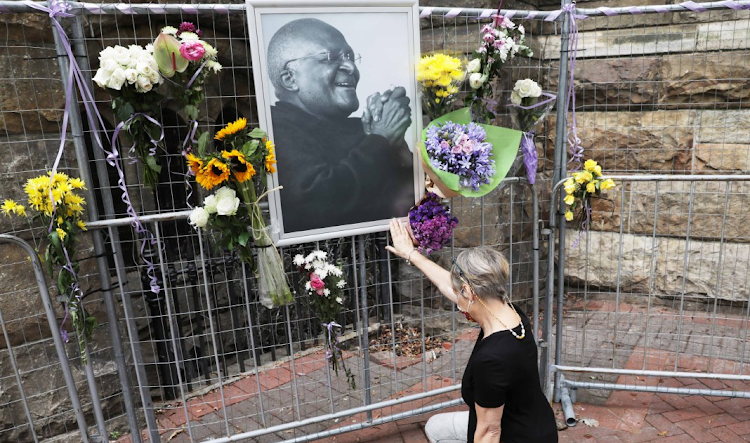 President Cyril Ramaphosa has declared a special official state funeral category one for the late Archbishop Desmond Tutu, the highest designation usually reserved for the president of the republic and former presidents such as Nelson Mandela.

Archbishop Tutu, the last surviving South African laureate of the Nobel Peace Prize, died on Sunday in Cape Town at the age of 90.

He will be laid to rest on Saturday January 1 with the official category one funeral to be held at St George’s Cathedral in Cape Town.

For category one state funerals the balustrades and pillars at official buildings must be draped in black cloth while the president must appoint an interministerial committee to co-ordinate the funeral.

Such high-profile funerals ordinarily have ceremonial elements provided by the South African National Defence Force but based on the late Archbishop’s wishes, the SANDF ceremonial content will be limited to the handing over of the national flag to his widow Leah Tutu.

An outspoken critic of the apartheid and democratic governments, the Archbishop publicly rejected this honour should he die while former President Jacob Zuma was in power. Ramaphosa made attempts to repair the party’s relationship with Tutu once he took over leadership of the ANC.

Tributes have been pouring in since the news of the anti-apartheid activist who was lauded worldwide for his message of peace and in SA for his invaluable contribution to the nation through his role in the Truth and Reconciliation Commission.

Ramaphosa visited the Tutu family home on Monday, a day after the Archbishop’s passing, to pay his respects and urged the public to take life lessons from the contributions of Archbishop.

In an emotional tribute, Graça Machel on Monday bid a sad farewell to Archbishop Emeritus Desmond Tutu, thanking him for his undying service to SA
National
1 month ago
Next Article