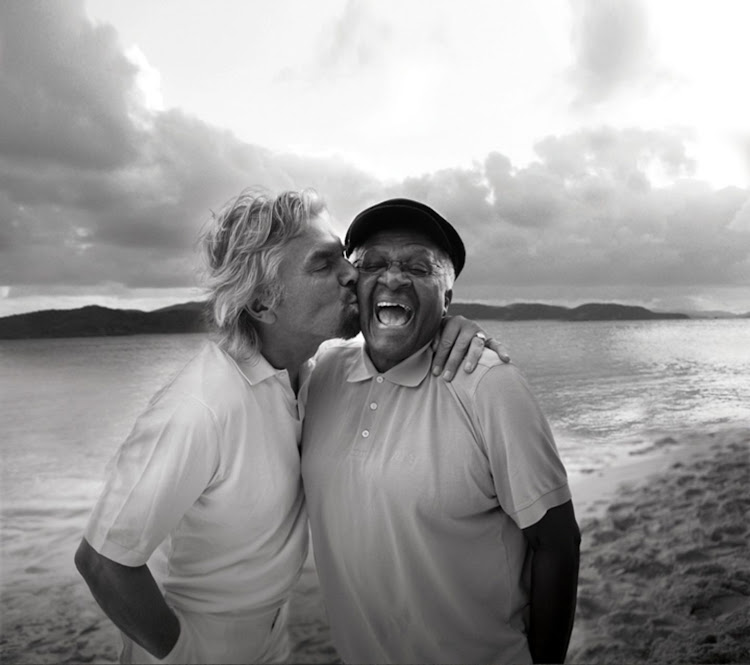 One of Richard Branson’s great pleasures was teaching Archbishop Desmond Tutu to swim.

Branson, founder of the Virgin Group, tackled the task with the help of musician Peter Gabriel.

“He was a fast learner and was soon splashing by us with plenty of giggles,” Branson said in a tribute to Tutu published on his blog on Sunday.

“His energy, his passion, and his love for life and humanity shone out through everything he did. I’ll never forget his laugh, and how his smile lit up the room.”

Branson said Tutu had been an inspiration to the world and anyone who had crossed his path.

“When I think of people with the moral authority of the universe running through them, I think of Arch. He used his incredible moral courage to bridge divides and showed all of us how we have one common humanity.”

The world had “lost a giant”, he said, adding that Tutu had been brave leader, a “mischievous delight, a profound thinker, and a dear friend”.

Branson’’s friendship with Tutu dated back to the early days of The Elders, a group of global leaders working for peace, justice and human rights that Nelson Mandela had co-opted the archbishop to help set up.

“When Peter Gabriel and I asked Arch’s great friend Nelson Mandela to form an independent group of global leaders, he turned to Arch to help turn it into reality.”

Tutu played a critical role in shaping the group, said Branson, and later chaired the organisation from 2007 to 2013.

“Of course, as the face and conscience of SA’s Truth and Reconciliation Commission, Arch was perfectly placed to turn The Elders’ vision into action,” said Branson, adding that Tutu “deservedly won the Nobel Peace Prize in 1984 for his work in the fight against apartheid and crucial role in uniting and healing a deeply wounded country”.

The Elders are deeply saddened at the passing of our founding Chair and dear friend Archbishop Desmond Tutu.

Our thoughts and prayers are with his wife Leah and their family.https://t.co/Yuyi3EjiBt pic.twitter.com/dJtsvDANlK

In a statement, former Irish president and chair of The Elders Mary Robinson said: “We are all devastated at the loss of Archbishop Desmond Tutu. The Elders would not be who they are today without his passion, commitment and keen moral compass.

“He inspired me to be a ‘prisoner of hope’, in his inimitable phrase. Arch was respected around the world for his dedication to justice, equality and freedom. Today we mourn his death but affirm our determination to keep his beliefs alive.”