Matthews argues security clearance was not a prerequisite for the job 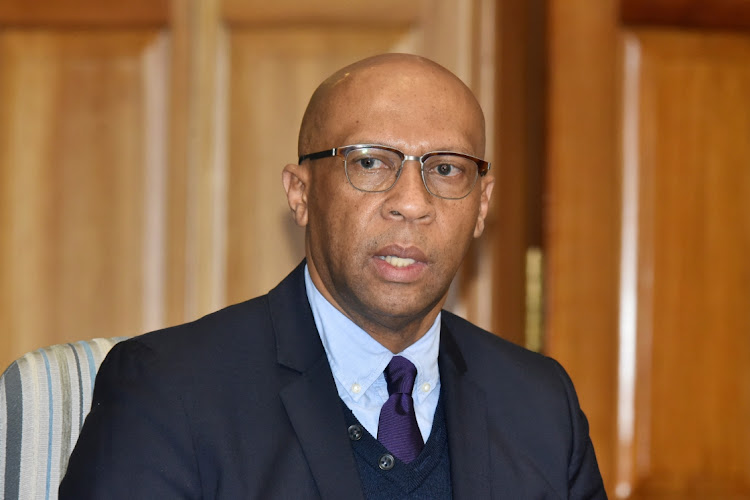 Ousted Prasa CEO Zolani Matthews is taking the rail and passenger utility to the labour court in an attempt to have his dismissal overturned.

Matthews filed court papers this week in which he seeks immediate reinstatement as CEO of Prasa. He also wants the court to interdict the Prasa board from taking any action relating to termination of employment, including releasing any media statements.

He wants the court to stop the board from hiring another CEO to fill his position.

In the more than 300-page bundle of court papers, Matthews challenges the board’s reasons and powers for terminating his employment.

Matthews was suspended and subsequently fired as Prasa CEO earlier this month after the board accused him of failing to disclose his dual citizenship. Matthews holds British and SA citizenship.

The Prasa board cited Matthews’s failure to secure a clearance from the State Security Agency (SSA) for the post as the main reason for removing him.

In his court papers, Matthews argues security clearance was not a prerequisite for the job and that he had already lodged an appeal with President Cyril Ramaphosa challenging the SSA decision to not grant him “top secret” clearance.

He also argued that both the letters of his suspension and termination of employment were issued by the board, not the minister who is entitled to do so.

Prasa’s internal documents, including the board’s charter, make it clear the board makes recommendations to the minister, he argued.

Matthews argues that his dual citizenship was not a secret as he had disclosed it in government positions he had previously held and also during an interview with the SSA for the Prasa CEO post. He said he told the SSA official who interviewed him that he was willing to relinquish his British citizenship once he was confirmed as permanent Prasa CEO.

“I further informed her [SSA interviewer] that I would not renounce the citizenship during my probation period as that renunciation had certain personal reasons attached to it, namely that it was acquired in 1966 during the exile period and that my son lives and studies in England,” he said in the court papers.

According to Matthews, he was under no obligation to disclose his dual citizenship as there was no requirement in the advertisement for the CEO position that the incumbent should be in possession of SA citizenship only. “Neither was there any suggestion that having dual citizenship could be an issue”.

“I was not aware, nor was I informed, that disclosure of dual citizenship was a requirement.” This was also not raised during his interviews, he said.

Matthews, who has been at the helm of the entity since March, also argued that he could not be dismissed for non-performance. Given the challenges at Prasa, it could not have been reasonably expected those challenges could be resolved in a matter of months. “I was making considerable strides and was positive my performance reflected this. It should be noted that a score of three reflects a fully competent performance.”

Matthews said as a national government business enterprise, as listed in the Public Finance Management Act, Prasa was under the control of the national executive, which means the power to terminate the CEO’s employment lies with the minister.

“As can be seen from the factual background set out above, both the letters of my suspension and purported termination of employment were issued by the board, not the minister. The exercise of a power the board does not have is unlawful.”

A proposed state-owned insurance deposit fund will create moral hazard and may turn into a disastrous, costly source of patronage and corruption.
Opinion
1 month ago

Colin Coleman is correct in stressing that SA needs growth to recover, but he forgets who is in charge
Opinion
1 month ago
Next Article

CARTOON: Prasa CEO in a bind

CARTOON: Prasa CEO in a bind