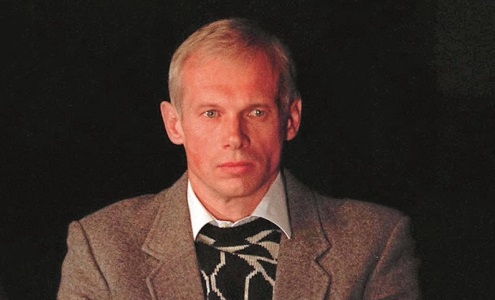 Janusz Walus’s heartfelt apology to the widow of the man he killed helped sway a high court judge in defying justice minister Michael Masutha’s refusal to grant the assassin parole.

Judge Nicoline Janse van Nieuwenhuizen’s judgment could allow Walus to walk out of Kgosi Mampuru II Prison in Pretoria in 14 days, after serving 23 years of a life sentence for the murder of SA Communist Party leader Chris Hani.

Masutha’s spokesperson, Mthunzi Mhaga, said the minister was examining the judgment to determine whether there were any grounds for an appeal.

The ruling was roundly condemned, with Hani’s widow, Limpho, describing it as “a sad day for South Africa”.

Walus may not be the only right-wing assassin to be released. Ferdi Barnard, a Civil Co-operation Bureau agent who murdered activist David Webster in the late 1980s, has his parole application before Masutha, according to his lawyer, Julian Knight. Masutha had to make his decision within two months, Knight said.

Walus’s assassination of Hani outside his home in Boksburg on April 10 1993 threatened to derail SA’s transition to democracy.

Walus, 63, was sentenced to death on October 15 1993 but the sentence was commuted to life in prison on November 7 2000. His co-conspirator, Clive Derby-Lewis, 79, also jailed for life, was released on medical parole last year.

In her judgment setting aside Masutha’s refusal to grant Walus parole, the judge referred to the assassin’s apology to Limpho.

In the letter, dated October 6 2014, Walus wrote: “I do owe the apology to you very long time. Mrs Hani I do know that whatever I would do will not compensate for what I have done to you. The only thing that I can do is say I am very sorry for what I have subjected you through all those years. If forgiveness is impossible I will fully understand and respect your decision.”

The judge said that at the parole hearing, attended by Limpho, Walus had apologised to her. Limpho had clearly stated she would not accept any apology but would welcome it if she was approached by his lawyers, the judge said. Limpho did not respond to Walus’s offer of an apology.

Letters of apology from Walus were also addressed to Hani’s two daughters. He did not receive any response to the letters.

The judge said the minister was fully aware of the facts when he deposed the answering affidavit. She questioned the minister’s decision to decline Walus’s application for parole on the basis that the Hani family refused to engage with Walus.

“The applicant has no control over their decision. It is furthermore disconcerting that the minister attaches so much weight to this issue while it is not, in terms of the applicable policies, a factor to be considered when evaluating the application for parole.”

Political parties reacted angrily to the ruling, with the ANC calling for Walus to be deported to Poland, his country of birth.

“Walus’s imminent release is a travesty of justice and a tragedy for the Hani family and all South Africans who believe in human rights and who hold a firm belief in our right to fight for freedom,” party spokesperson Zizi Kodwa said.

If the ANC hopes to expel Walus, the government would first have to revoke his citizenship, which he obtained in 1987.

The SACP said it was appalled at the court’s decision to release the “unrepentant” murderer. “During the proceedings at the court on March 2, Judge Nicoline Janse van Nieuwenhuizen made biased remarks suggesting that it was time to forget and move on and that the murderer must be treated with compassion, as if his killing of Hani was compassionate,” the party said.

DA MP James Selfe said the party would seek clarity from Masutha to ensure that all processes and protocols were observed by the court and parole board.

The EFF said it was deeply saddened. “The systematic conditions that [existed when] Walus killed Hani remain the reason white people still look at blacks with disgust and hate,” spokesperson Mbuyiseni Ndlozi said.

Chris Hani’s killer to get another shot at freedom

CHRIS ROPER: Misquoting Mandela (and everyone else)

Wherever you turn, charlatans are co-opting the legacies of late statesmen — or engaged in outright fabrication thereof — in service of their own ...
Features
10 months ago
Next Article