SA seeing a steep rise in Covid infections but they are mainly mild, says Phaahla 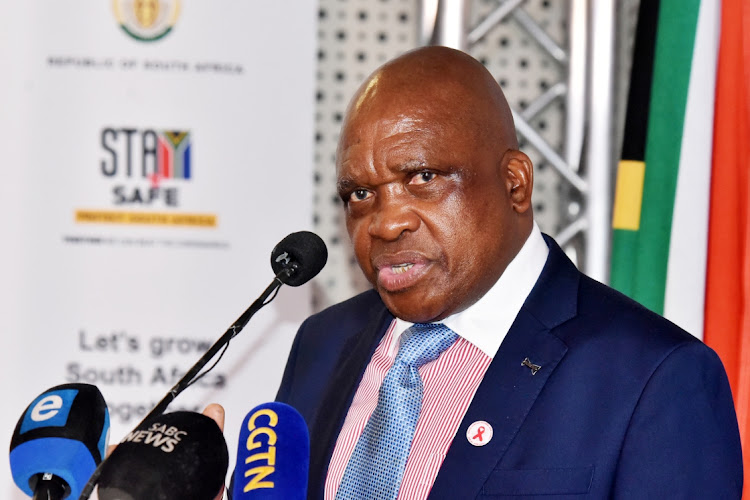 The wave of Covid-19 fuelled by Omicron is seeing mainly mild cases in those vaccinated, but shows “a very steep rise, steeper than the rise and curve from previous waves”, health minister Joe Phaahla told a media briefing on Friday.

“We hope that the mild nature of the illness will continue to be the dominant feature. We are doing everything possible to make sure we can handle serious illness, but one change threatening to destabilise us is that health workers, even though they are vaccinated, are having mild symptoms from breakthrough infections and are having to isolate.”

This leads to “possible shortages” and so “we have to address this phenomenon”, said Phaahla.

The exponential increase has mainly taken place in Gauteng, but is now gaining momentum in all nine provinces.

“Over the last seven days the new spike has moved into the whole of Gauteng [after starting in Tshwane] and is now registering a presence in all provinces.”

The two least hit provinces are the Free State and the Northern Cape, but even they are seeing a positivity rate above 5%, which is higher than what the World Health Organization considers safe.

Hospitals are not yet in crisis.

“Even in Gauteng, which accounts for up to 80% of new daily infections, we have not yet reached threatening stages in terms of hospital capacity. There is still significant capacity in both public and private hospitals,” he said.

About 36.8% of adults are fully vaccinated and the Free State is the first to have reached the 50% mark.

Given widespread exposure of Indians to Covid-19 and a reasonably high vaccination rate, India will probably be less affected by the new strain
News
1 month ago