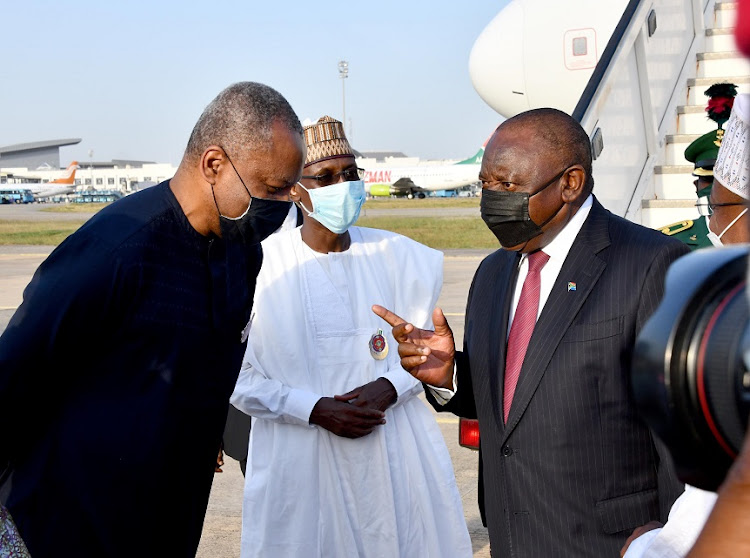 President Cyril Ramaphosa has chided African countries that followed their Western counterparts in banning travel to and from the region after the detection of the Omicron variant.

Mauritius, Angola and Rwanda were among some African countries that immediately closed their borders to visitors from Southern Africa after the European countries led by the UK did so.

Ramaphosa said African counties in the south had proven that they have the  scientific capability to manage the pandemic.

“I am concerned and of course out of respect to them, I mean they have their reasons. But we would like to have a discussion with them in a way where we would prefer that they do not react like our former colonisers, who are very quick to close Africa down.”

Ramaphosa said he thought it was most “unfortunate” that they too had joined in. “We hold the view that it is unscientific and we would have wanted for them to have been much more scientific so that we are able to find solutions.

“The least that we expected was to be punished by various countries about what we have disclosed very transparently. “We are also insisting that these bans must be lifted because you do not try to contain a virus through imposing bans unscientifically and indiscriminately.”

He said SA should be lauded for alerting the world to the Omicron variant, instead of being vilified by developed countries.

“We reject that in the strongest of terms because, to us, it amounts to discrimination against a country like ours and some countries in Southern Africa. In fact, we should be applauded for having alerted the world to this variant that is now beginning to spread around the world,” he said.

Ramaphosa, who kept the country on adjusted alert level 1 on Sunday after the discovery of the Omicron variant, was speaking ahead of his weeklong four-nation state visit to West Africa. He  will be visiting Nigeria, Ghana, Senegal and Ivory Coast. He is accompanied by ministers Gwede Mantashe and Ebrahim Patel.

“A number of those presidents called to find out if we are still coming and I said yes, we are coming. We’ve rejected this notion that is being propagated by more developed economies and some smaller countries that the Omicron variant is the one that should lead to a blockage and ban on travel,” he said.

The president said the various bans imposed on several African states went against the spirit  of the G20 Rome summit where  it was agreed to open up of travel and revive  the tourism industry.

“For us the tourism industry is one of the key industries, and for Southern Africa as well. So this is unfair and discriminatory against us and they are imposing a very unfair punishment. We reject it and we call on them to lift it with immediate effect.”

He said a number of SA companies already operate in West Africa. “We want to be able to open channels of trade, investment and, of course, in a number of countries we want to increase confidence in our own companies that are operating in those countries.”

Ramaphosa said his state visit would include  “political, diplomatic, economic [and] trade [talks] and is going to be beneficial to our country all round”.

He said the trip, which will be focusing on bringing into effect the African Continental Free Trade Area agreement, will inject life into the trade agreement and remove colonial barriers “where the north couldn’t trade with the south”.

Ramaphosa said he viewed the trip as a way to open up investment into the continent.

“We want those countries to invest in SA so that it is no longer just a one-way process where SA companies invest in their countries.”

HILARY JOFFE: SA shoots itself in the foot with bungled messaging on Omicron discovery