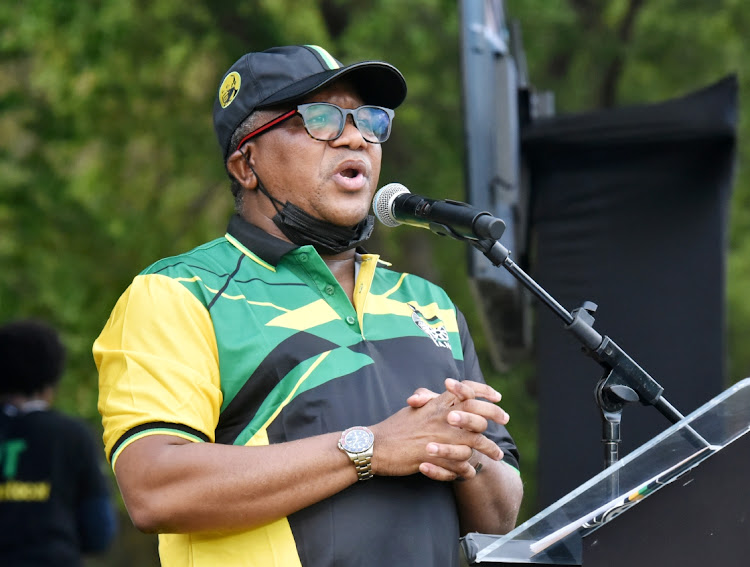 The ANC head of elections Fikile Mbalula admitted that voters punished the party  for being unconvincing in its promise to deal with corruption, unemployment, load-shedding and internal squabbles, among other things.

These were major contributors to the party’s poor showing in the November 1 election‚ which resulted in the ANC losing three of its metropolitan municipalities in Gauteng‚ Mbalula said.

Mbalula was briefing the media after the conclusion of elections and municipal council sittings across the country.

He said the party ran on a ticket of renewal at the 2017 ANC Nasrec elective conference, where dealing with corruption was at the top of the agenda. It had been necessary for the ANC’s survival‚ but the party had not been able to convince South Africans that it is dealing with it.

According to Mbalula‚ any person seen with ANC regalia is being referred to as a thief‚ and that this is the negative cloud the party went into the election with.

“We have not convinced society that we are doing something about corruption. In the middle of the pandemic there were reports that PPEs [personal protective equipment] were embezzled‚” Mbalula said.

Eskom was also one of the party’s achilles heels going into these elections.

The power utility’s decision to implement load-shedding on the eve of election did not help the ruling party in any way‚ Mbalula said.

But‚ he said‚ there was also general unhappiness with Eskom when it comes to areas such as Soweto where residents did not want prepaid metres and had called for unreasonable flat rates of R200 per month when they were actually using more electricity.

The low voter turnout‚ according to Mbalula‚ was always going to affect the ANC.

“The ANC was affected heavily by the storm of lack of voter turnout. There are factors — [having the election] on Monday. But do you want to use that as an excuse‚ no‚ we accept that we are faced with a bigger challenge and what is that challenge? If the ANC does not implement comprehensively its renewal programme the people will never be on our side‚” he said.

Mbalula said their internal research had showed that the ANC would get about 38% of the national vote in these elections and that the decision by the Constitutional Court to have the elections this year also played a negative role as they did not have enough time to change the perception about the party‚ registration of candidates and voters.

The party will now have to explain to its constituency why it performed poorly at the polls and, according to Mbalula, there are already “rebels” in the party calling for heads to roll at the ANC’s highest decision making body, the national executive committee (NEC).

This would likely lead to a contest when the party goes to its national elective conference next December.

On the EFF voting to install DA mayors in the three Gauteng metros‚ Mbalula said the EFF had never supported the ANC.

“The EFF since its foundation has never supported the ANC. We were just taking our chances now because probably the political dynamics have died down. It never changed.

“The EFF cannot justify politically why they would donate their votes to the DA. Because they don't want us to govern? Fine. They then use the DA to block us from governing‚ its fine. But in the past they said they would abstain‚ they did not‚” Mbalula said.

Election and swearing in of eThekwini mayor, deputy mayor and chief whip will take place on Wednesday
Politics
5 months ago

EUSEBIUS MCKAISER: DA finds mayoral success but there are no winners in SA’s ...

EUSEBIUS MCKAISER: DA finds mayoral success but there are no winners in SA’s ...