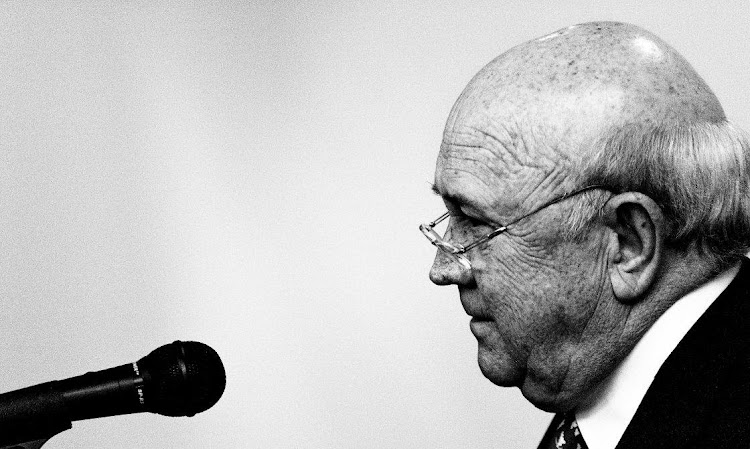 Former president FW de Klerk died at the age of 85 on Thursday.

Referred to as “the last white ruler of SA”, De Klerk shared the Nobel Peace Prize in 1993 with Nelson Mandela “for their work for the peaceful termination of the apartheid regime, and for laying the foundations for a new democratic SA”.

The process started with negotiations between the then government, including De Klerk’s predecessor and the ANC. This eventually led to the release of ANC leaders from prison, which would later include Mandela.

The historic “Groote Schuur Minute” (below) was the signing of a document between Mandela, then president of the ANC and the state president De Klerk at Tuinhuis on May 4 1990, which stood as a commitment between the parties to resolve ongoing violence and to commit to peaceful negotiations. 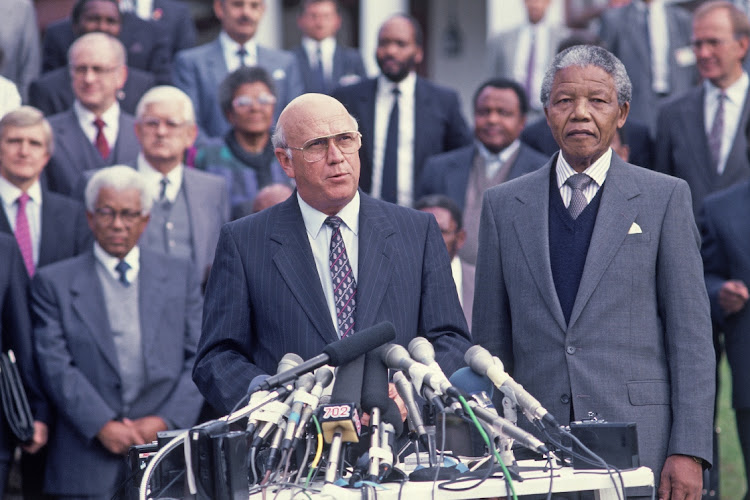 But before SA realised its democratic state, the different parties had the unenviable task of negotiating the transition. National Party representatives Pik Botha and FW de Klerk are seen below greeting Nelson Mandela at the Convention for a Democratic SA (Codesa) discussions in December 1992. 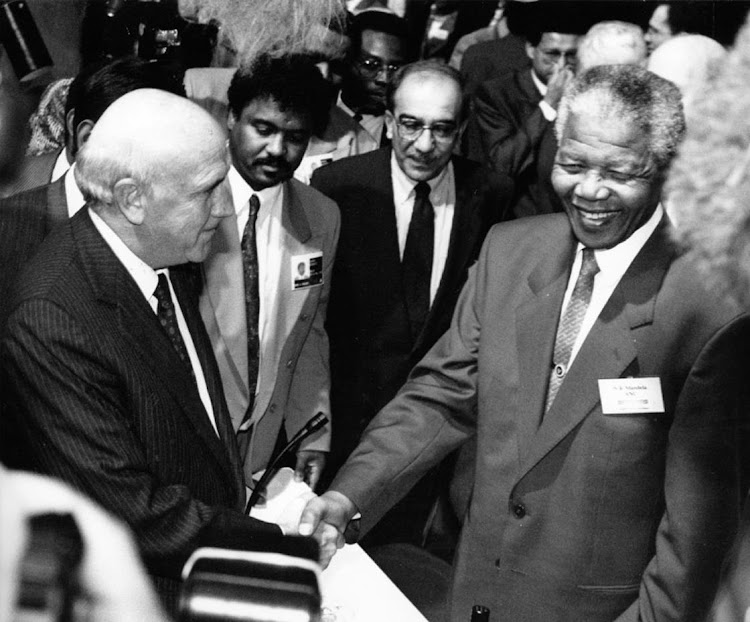 Former presidents Jacob Zuma, Mandela and De Klerk at a presentation of National Awards at the Union Buildings on December 10 2002. 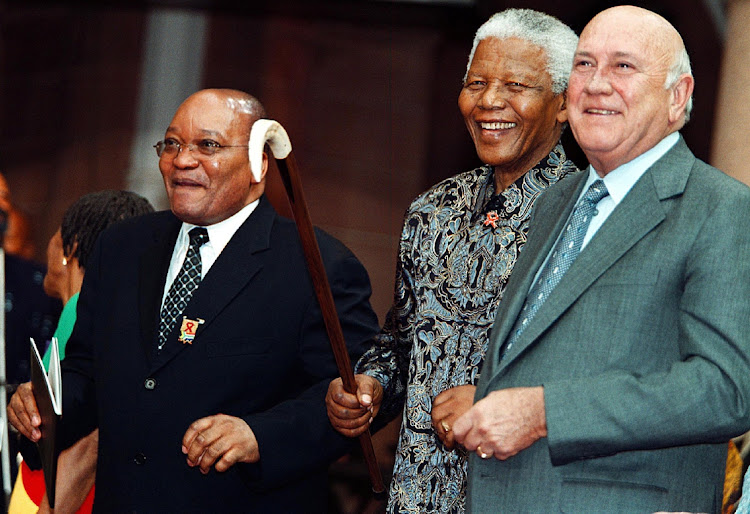 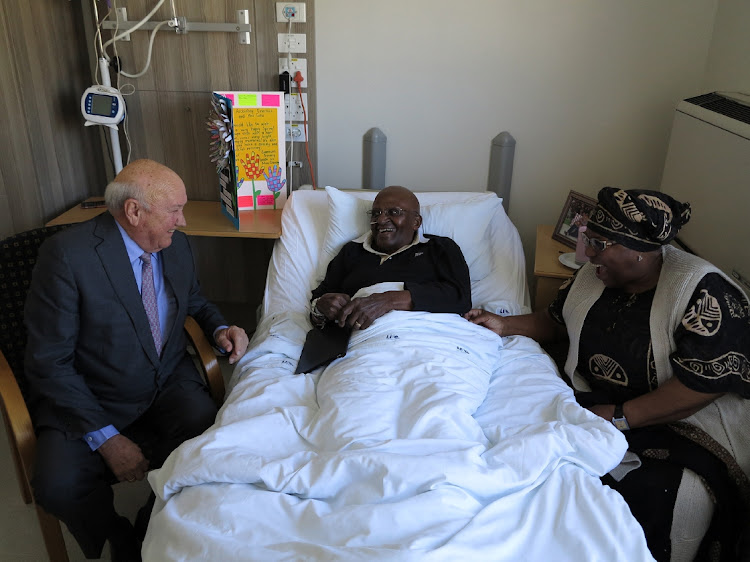 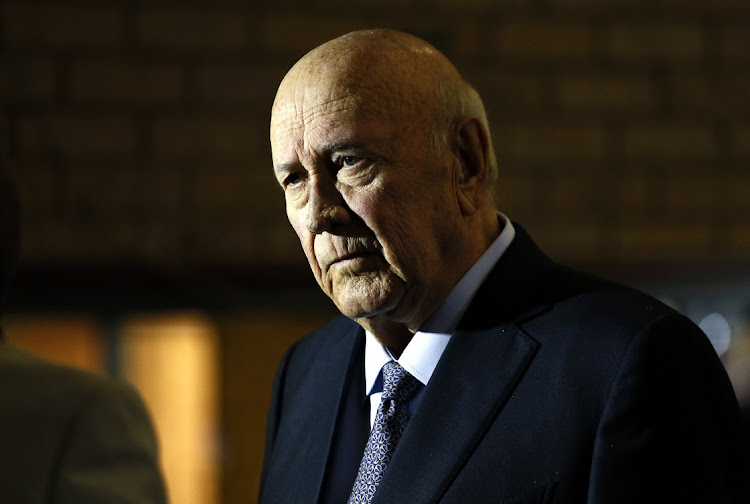 De Klerk attended the funeral service of his former foreign affairs minister, Pik Botha, which was held at NG Kerk Wonderpark on October 28 2018 in Pretoria. 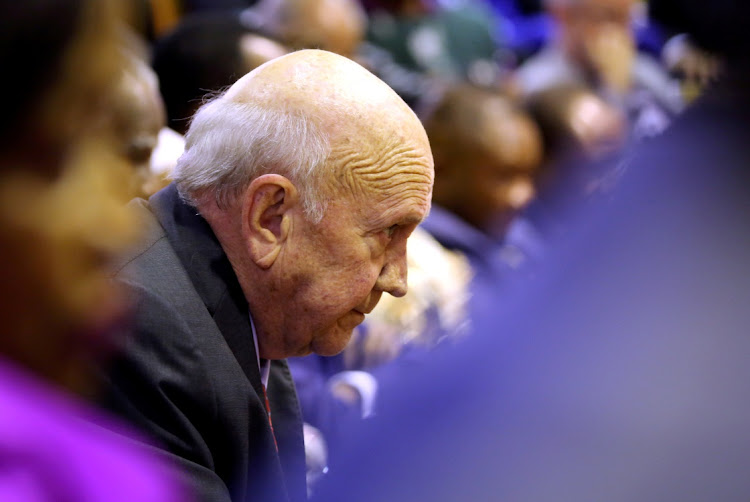 Referred to as ‘the last white ruler of South Africa’, De Klerk shared the Nobel Peace Prize in 1993 with Nelson Mandela
National
7 months ago

De Klerk was no Nelson Mandela. Yet he did to apartheid what Mikhail Gorbachev did to Soviet communism: destroyed the last remnants of what was once ...
National
7 months ago
Next Article