Load-shedding to end on Saturday morning, but long-term risks remain 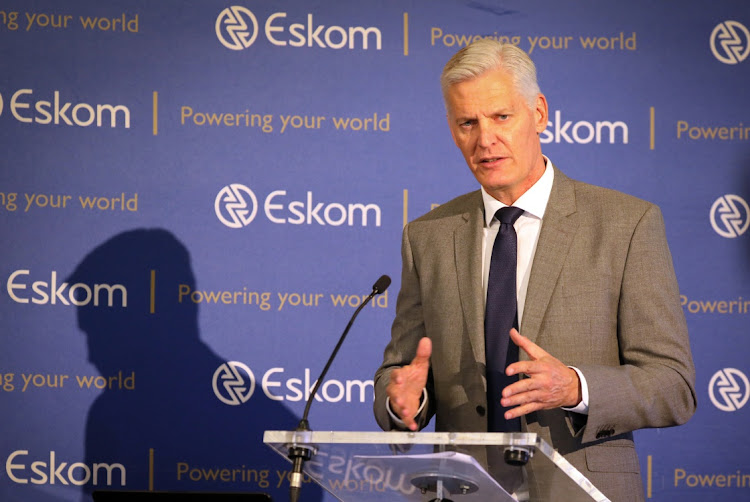 Eskom CEO André de Ruyter said on Tuesday said load-shedding would be reduced from stage 4 to 3 on Wednesday morning before being lifted on Saturday.

Speaking during an update on the status of the country’s electricity grid after stage 4 rotational blackouts were implemented on Monday, De Ruyter said some power station generating units had come back online or would come back online in the next two days.

“The outlook for load-shedding is that we will reduce load-shedding to stage 3 from tomorrow [Wednesday] morning at 5am. This will be maintained until 5am on Friday. Then we will maintain stage 2 until 5am Saturday, after which we intend to lift load-shedding and we should be able to return to normal operations,” he said.

The Eskom CEO said two units at the Lethabo power station and one at the Kriel power station would be back online soon. Other units would return in the coming week.

“If you add all this together, we anticipate between 3,800MW and 4,000MW will be added to the grid, which obviously will have a positive effect on the outlook for load-shedding going forward,” he said.

De Ruyter apologised for the load-shedding, saying Eskom knew this was a “huge inconvenience”.

“We apologise for the negative impact this has had not only on businesses but also students writing matric exams,” he said.

Also on Tuesday, parliament’s portfolio committee on basic education said it was concerned load-shedding was affecting the matric exams.

It is not only the exams that are affected, said committee chair Bongiwe Mbinqo-Gigaba.

“It also impacts on pupils’ preparations for the examinations. It is particularly concerning with the National Senior Certificate examinations.”

Asked later during the meeting how long load-shedding would last, De Ruyter said this would depend on how quickly 4,000MW to 6,000MW in additional capacity was added to the grid. Until this happened, he said, “the risk of load-shedding will remain”.

“That is something we’ve said before. The country needs additional capacity to give Eskom the leg room to carry out the maintenance that is overdue, maintain scheduled maintenance and cope with increasing energy demands. That is the key catalyst to resolving the load-shedding risk going forward,” he said.

Eskom expects some generating units to return to service later today and overnight, allowing a reduction to stage 2 load-shedding
National
7 months ago