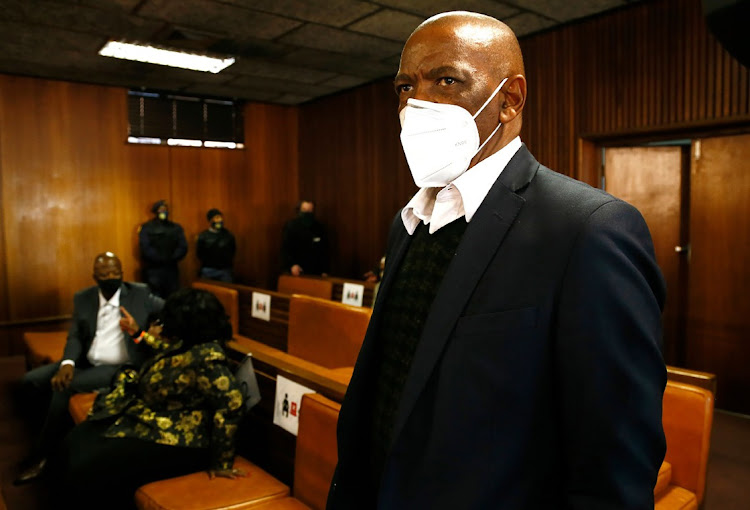 Suspended ANC secretary-general Ace Magashule’s former personal assistant has broken her silence regarding events surrounding her interrogation by the US Federal Bureau of Investigation (FBI) and SA's Hawks.

The Sunday Times reports it has received a statement from Moroadi Cholota, who has described her interrogation by the FBI and the Hawks in November 2020 as intimidation.

The statement comes just days after the National Prosecuting Authority (NPA) told the Bloemfontein high court that it would be adding Cholota to the list of accused people in the asbestos eradication case along with her former boss Magashule and businessperson Edwin Sodi.

The state said she would be extradited from the US and charged with corruption.

According to the NPA‚ Cholota has not been co-operating with the prosecuting authority which announced last November that she was the state’s key witness.

In her statement‚ signed on Saturday‚ Cholota says she was never informed that she would be a state witness and that her involvement in the trial would only be in relation to the evidence she had already given to the state capture commission.

“Before this [November 13]‚ not a single person had contacted me‚ informed me nor asked whether or not I consented to being a so-called state witness in these criminal proceedings‚” she writes.

She says she‚ along with her family‚ was blinded by the revelation that she would be a state witness.

Cholota relayed how on the morning of September 2021 she was woken up by loud banging on the door of her apartment in Baltimore by FBI officials. They immediately ordered her to get dressed and “come with them”. She claims she was not told where she was going.

She was taken to the Sheraton Hotel where she was questioned — to her surprise — on matters not relating to her affidavit to the state capture commission.

Her interrogation‚ she claims‚ took place at the Sheraton Hotel and at the SA Embassy over two days where she was being coerced to give answers that would incriminate her.

When she was reluctant to answer such questions‚ Cholota claims the Hawks officials started getting “agitated and impatient” with her.

“When the questioning started veering into territory that I felt was trying to implicate me or incriminate me‚ I questioned the reason behind such question and indicated that I would be more comfortable answering such questions after double checking with a lawyer as I had not been prepared for that line of questioning and was unsure how to proceed.”

The officials allegedly refused to allow her to contact her lawyers‚ she says‚ telling her that they would give her a day to think about her responses and “attitude”.

“They would tell me the next day that my answers to their questions ‘was of no value’ to them.

She says the second day of her interrogation was at the SA Embassy in Washington DC where she was once against asked questions that would incriminate her. She does not specify the nature of the questions in her statement.

This was when they informed her that she left them no choice but for them to treat her as a suspect and immediately handed her a charge sheet showing she was now charged with corruption‚ money laundering and fraud.

She maintains that her legal representatives have told her that this was illegal as there were no grounds to charge her.

“Their decision to intimidate me‚ threaten and then promptly charge me without reason or grounds to is the most blatantly egregious contravention of my constitutional rights and other rights both as a witness and citizen of SA.

“They effectively detained me within the halls of the SA Embassy‚ an institution and building that is supposed to be there for the protection of the rights of South Africans‚” she says.

Magashule confident he will be back at Luthuli House soon

Mantashe takes a swipe at Magashule at NUM conference

ANC national chair chides suspended Ace Magashule, who is the first secretary-general since party’s unbanning who did not come from the National ...
National
1 month ago