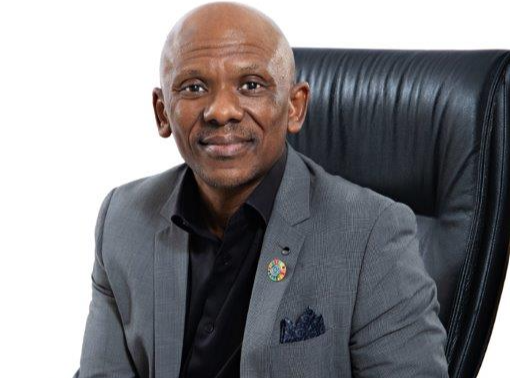 Productivity SA board chair and businessperson Mthunzi Mdwaba has singled out a heated exchange he had with employment and labour minister Thulas Nxesi, as one of the reasons the SA government withdrew its support for his bid to head the International Labour Organization (ILO).

In an interview with Power 98.7 talk-show host Lukhona Mnguni on Friday, Mdwaba, a former vice-chair of the ILO, a tripartite UN special agency dealing with social justice and setting international labour standards, disclosed that he and Nxesi had a history dating back to their days at Wits University.

“The minster and I, we have known each other for very long, I used to sell him leather jackets at Wits [University]. He brags about that, he tells everybody. But I’ve learnt that he probably says different things when I’m not there. I say this really with a broken heart, because I’ve heard all the things he says about me when I’m not there.”

As board chair of Productivity SA, a government entity aimed at improving productivity in the economy to ensure sustainable growth, Mdwaba reports to Nxesi.

Mdwaba told Mnguni that he had seen an official letter written by Nxesi earlier in October in which he stated that “he is looking for another [ILO director-general] candidate. It’s a very interesting letter, I’ve seen the letter, it’s not directed at me, but at the department”.

“It said as of October 1 there must not be anybody assisting me [with my campaign].”

Nxesi did not respond immediately to a request for comment.

However, his campaign team announced this week that it regrettably noted the “mysterious withdrawal” by SA, and that Mdwaba’s campaign would proceed despite the “temporary setback”.

The government has yet to provide reasons for the withdrawal, with cabinet spokesperson Phumla Williams refusing to comment this week.

Mdwaba, who is CEO of Tzoro IBC, an investment, strategic advisory and business consultancy in Sandton, as well as chair of the SA-Norwegian Association, continued: “I think [animosity] comes from Productivity SA, quite strangely, because I’m accountable to him at Productivity SA. I’ve heard huge exchanges with him. Whether we like it or not, some of us are experts at issues of creation of employment, issues of productivity.”

He explained that he was appointed as Productivity SA board chair by former labour minister Mildred Oliphant. “The current minister asked me to avail myself with a new board, but everything we have referred to him, he has not responded to.”

He said the latest was when “I had to release the latest annual report, the minister refused to sign our annual performance plan”.

The reason Nxesi had refused to sign the plan, said Mdwaba, was because “he said in my foreword in the annual report, I sound like I’m giving a lecture, like a manifesto, [that] I’m condemning government, [all] because he did not like my words”.

“All we were doing is saying as Productivity SA, we have been saying for the past three years, the department changed its name from department of labour to department of employment and labour, let’s see the employment in action, and we know how to and he doesn’t like that,” said Mdwaba.

Under the chair’s foreword in the 2020/2021 annual report, Mdwaba wrote that during the year under review, in response to the pandemic, Productivity SA refined areas of its strategic and operational interventions to contribute to the country’s economic reconstruction and recovery plan, during and post the Covid-19 pandemic.

“We called on the department of employment and labour to urgently lead and co-ordinate an initiative to bring together the best minds in the country to implement a nonideological, pragmatic, implementable and action-oriented economic recovery and revitalisation plan,” he wrote in the foreword.

“We also made a clarion call for the government to support the role of the private sector as a principal source of economic growth and job creation, by promoting an enabling environment for entrepreneurship and sustainable enterprises, SMMEs, to generate decent work, productive employment and improved living standards for all.”

Mthunzi Mdwaba in the race for ILO director-general post

Cosatu drags SA to the ILO over salary increases

Cosatu drags SA to the ILO over salary increases