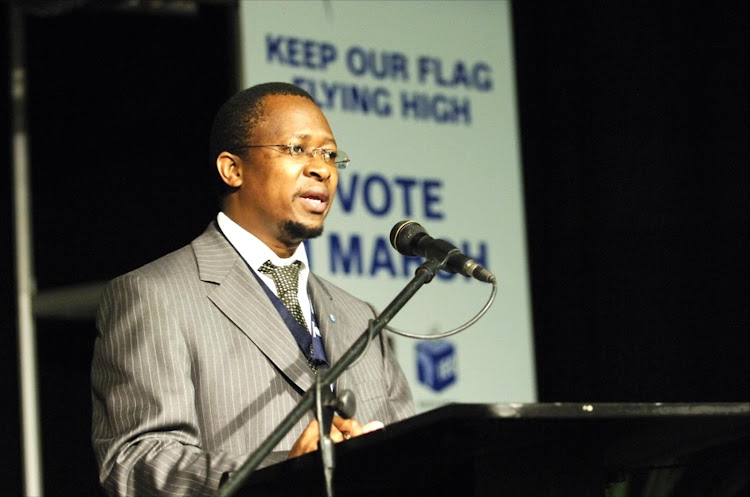 The Electoral Commission of SA (IEC) has called the DA’s Constitutional Court bid to declare the reopening of the candidate nomination process unconstitutional “premature and entirely speculative”.

In an answering affidavit this week, IEC CEO Sy Mamabolo said the party’s urgent application was premised on its views of how the elections should be run and contains factual inaccuracies.

“The DA’s application arrives in the midst of election preparations which are being undertaken under difficult circumstances during the Covid-19 pandemic, before the commission has even formally decided to amend the election timetable.

“The case is littered with factual inaccuracies and unsustainable allegations. It is insinuated the commission’s determination to reopen candidate nominations was made to benefit certain political parties. This is simply false,” the IEC says in the affidavit.

The apex court denied an application by the IEC to postpone the election and ordered that the commission determine if it was possible to hold a voter registration weekend before the polls, which it said must take place between October 27 and November 1.

The IEC determined that a voter registration weekend could take place and, as part of this process, reopened the candidate application process. This gave the ANC a desperately needed lifeline after the party failed to register candidates in several municipalities before the initial deadline. The party admitting it would lose control of dozens of councils.

The DA lodged an urgent application to set aside the IEC’s decision. In its papers, filed last week, it argued the decision was unconstitutional and unlawful.

The party’s Werner Horn said in an affidavit that the apex court’s decision allowed for the reopening of the voters’ roll due to the voter registration drive and not the candidate registration process. Mamabolo, however, said the party’s application expressed its views as to what milestones in the timetable should be amended.

The commission insisted its interpretation was correct and in line with the Constitutional Court order and the Local Government Municipal Electoral Act.

“As voter registrations have been reopened, the commission has determined it is reasonably necessary to amend the cut-off date for candidate nominations and party list submission in the timetable so any person who registers and who wishes to contest the election may do so.

“[The] DA wrongly appears to take the view that this court’s order strips the commission of its statutory and constitutional powers. That is not so. This means that even if the commission were somehow so wrong on the meaning of ‘reasonably necessary’ in this court’s order, this court would be prepared to second-guess its determination. The DA’s application has no practical or meaningful effect.”

Mamabolo warned that if the DA’s application is upheld, it would open the floodgates for political parties to micromanage the IEC’s decisions.

“It will be a recipe for chaos and confusion,” he said, adding that elections should be allowed to go ahead on the basis of the commission’s timetable once published.

The commission said it viewed the DA’s bid as an attempt to prevent it from exercising its powers in law. “But such relief is not warranted on facts. That is because the DA can only speculate prejudice. If the DA ultimately believes any decision of the commission rendered the elections unfree and unfair, it can change them after the elections have happened and seek relief then.”

ANC acting secretary-general Jessie Duarte also said the DA had failed to make its case on the irrationality of the decision, arguing that the application must be dismissed with costs because of the accusations made by its federal council chair Helen Zille, who had accused the ANC of knowing in advance what the court was going to rule.

Mamabolo said they were not opposed to the court hearing the application. “Given the proximity of the elections, and the need for finality, the commission does not object to the DA being granted urgent direct access. However, the substantive relief is bad in law and not supported by the facts and should be dismissed,” he said.

The Constitutional Court is yet to make a decision on whether it will hear the application with just a week to spare before candidate lists must be finalised.

Commission omitted to name the parties that did not disclose their financial backers, official opposition says
Politics
2 weeks ago

POLITICAL WEEK AHEAD: All eyes fixed on apex court

EDITORIAL: As vote approaches, SA is none the wiser about who really funds politics

Only three political parties — the ANC, DA and ActionSA — among more than 500 registered with the IEC, have declared their donors
Opinion
1 week ago
Next Article

EDITORIAL: Red lights for democracy as IEC bypasses parliament and runs to ...

EDITORIAL: Red lights for democracy as IEC bypasses parliament and runs to ...