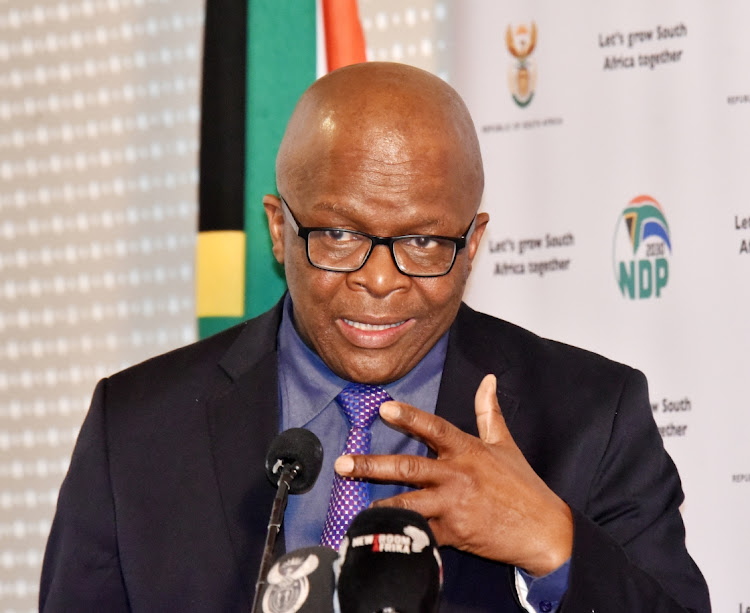 Minister in the presidency Mondli Gungubele says the government will assess the effect, if any, of the controversial social security green paper that has been withdrawn.

The paper, published two weeks ago, proposed that workers contribute 8%-12% of their earnings towards a government-run fund, among other things. However, employees earning below an income threshold of R22,320 a year would not be obliged to contribute to the fund but instead continue paying UIF.

“When such papers are issued, normally they would have been consulted with the cabinet ... and we don’t express any view about the contents of the paper until it has gone via a proper process,” Gungubele said.

“We will assess if it has caused any damage and have no doubt that communications people will have to find a way of dealing with that,” he said.

Updating the media on Thursday on the outcomes of a cabinet meeting held on Wednesday, Gungubele admitted that due processes had not been followed and the government had not adopted a position on the paper’s contents.

The paper sparked controversy and drew the ire of trade unions, who promised to “vehemently oppose the ludicrous” proposal. They said the proposal would amount to an additional tax on workers already struggling to make ends meet.

The business sector also felt let down by the release of the paper.

A report compiled by the National Economic Development and Labour Council (Nedlac) on the proposed National Social Security Fund (NSSF) set out the multiple risks and problems raised by the business sector in discussions on the reforms — all of which had been ignored.

In the report, business also expresses dissatisfaction that expert research commissioned from the International Labour Organization (ILO) and by Nedlac has been disregarded by the drafters of the green paper on comprehensive social security and retirement reform released by social development minister Lindiwe Zulu.

The release of the green paper took the social partners by surprise as five years of negotiations had reached little consensus. The areas of difference are contained in the final Nedlac report, which details what transpired over the five years and sets out the areas of agreement and disagreement.

While Cosatu agreed to most of the proposals in the negotiations, the report shows, it has since said it would not support increased taxation of workers. The Public Servants Association and Solidarity have rejected the proposal and said they would litigate against it.

Though the business sector in principle supported the creation of a security fund, it expressed concern that its views had “largely gone unheard” in the revised draft green paper, which appears to be the same as the 2016 version with hardly any changes. Research on behalf of the Nedlac task team had been disregarded, it said, and “there has been no progress in building a quantified and costed evidence-based approach” to the programme.

Among the dangers flagged by business in the report is that not everyone will be better off under the proposed NSSF as modelling by the ILO has shown there would be a “significant escalation in contributions for the future”. This would erode individual earnings.

Research by the ILO also concluded that the proposed contribution ceiling of R276,000 an annum was too high as a proportion of the existing working population’s income. In terms of the proposals, workers would contribute 8%-12% of qualified earnings up to the R276,000 ceiling. The government would subsidise contributions of low-income workers.

Social development minister Zulu on Tuesday withdrew the paper, which had not gone through proper government channels, including approval and consideration by the cabinet or the Treasury.

Zulu had earlier said the proposed fund was based on “social security principles of risk pooling and social solidarity”.

The DA had already launched an online petition to scrap the paper, on the basis that it would hit lower-income earners the hardest.

The paper also assessed an extension of UIF benefits, including a continuation benefit for workers who have exhausted their full UIF benefits, to be paid at a lower rate and linked to labour activation measures to protect workers from having to draw down their retirement savings.

It also looked at alignment of social security with the National Health Insurance, especially for medical benefits now covered by the Compensation and Road Accident funds.

The social development department released the green paper on August 19, with neither cabinet nor Treasury approval
National
11 months ago

Will Lindiwe Zulu’s department learn from this debacle, or will the plan emerge again later, dressed up in another guise but based on the same flawed ...
Opinion
11 months ago
Next Article