MPs heard that most of the probes into claims of irregular PPE contracts were due to be finalised by end-August, but claims continued to be submitted to the SIU 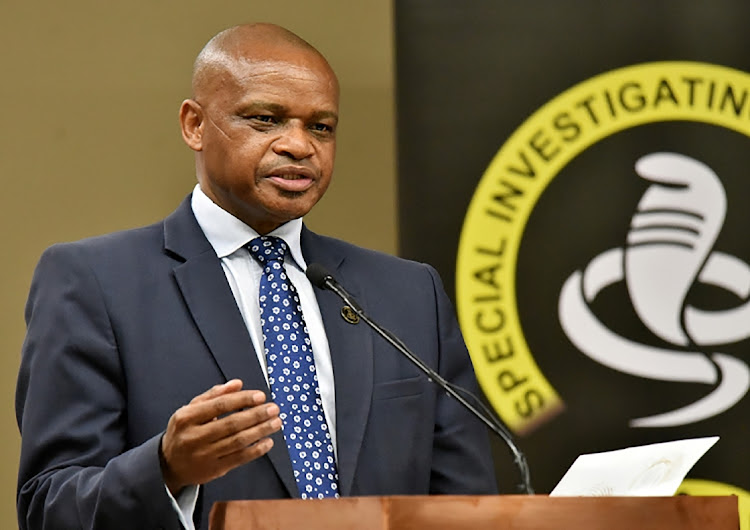 The estimated cost of the investigations by the Special Investigating Unit (SIU) into irregular and corrupt procurement of personal protective equipment (PPE) by government departments is R351m, while the potential amount recoverable as at end-June was R1.39bn, unit head Andy Mothibi said in parliament on Wednesday.

If the R1.39bn involved in cases before the Special Tribunal — set up to fast track the adjudication of corruption cases — at end the of May were recovered the R351m would have been money well spent, Mothibi indicated in a briefing to parliament’s standing committee on public accounts. A further R100m in potential losses had been prevented by advising departments not to make payments on the basis of irregular contracts.

Scopa chair Mkhuleko Hlengwa pointed out that the R351m could have been much better used and described the PPE corruption in the midst of pandemic as a crime against humanity.

Mothibi noted that as at the end of June, 4,302 PPE contracts were under investigation involving 2,421 service providers. Investigations into 30% of the contracts had been finalised, 62% were ongoing and 7.9% had yet to be started. New cases were continually being added.

National and provincial departments spent R139bn on PPE between April 2020 and June 2021 and local government R5.1bn between March 15 2020 and May 28 2021. The total amount of irregular contracts under investigation by SIU is R14.8bn.

A new progress report will be submitted to the presidency on Friday to update the one submitted at end-June based on cases up to end-May.

About 62% of allegations made of PPE irregularities could not be substantiated.

Mothibi bemoaned the length of time it was taking for departments to institute disciplinary processes against those implicated in the corruption and to blacklist the companies involved and urged state institutions  to expedite these matters.

“Our observation is that the rampant corruption that we have seen has resulted among others from the culture of impunity which has to be ended by ensuring that we take action on all fronts,” namely, recovering money, prosecutions, blacklisting and disciplinary action, Mothibi said. “What remains is that the findings are acted upon without failure. If we don't do so it will be efforts and money spent futilely.”

He said the process of freezing assets and pensions had been effective in preventing the dissipation of assets during the legal processes.

With regard to the irregular R150m Digital Vibes contract, which precipitated the resignation of former health minister Zweli Mkhize, Mothibi was confident that there was sufficient evidence before the Special Tribunal to have the contract set aside and for the recovery of monies lost to the state.

In total, seven referrals have been made by the SIU for disciplinary action against officials for noncompliance with supply-chain management processes; 19 referrals against officials and private individuals to the National Prosecuting Authority for fraud and corruption and money laundering; and one referral for blacklisting had been made to the national department of health. So far R11.5m had been recovered from a service provider working for Digital Vibes which had repaid the money.