Extension will deal with backlog of 1.2-million licences (42.4%) not yet renewed 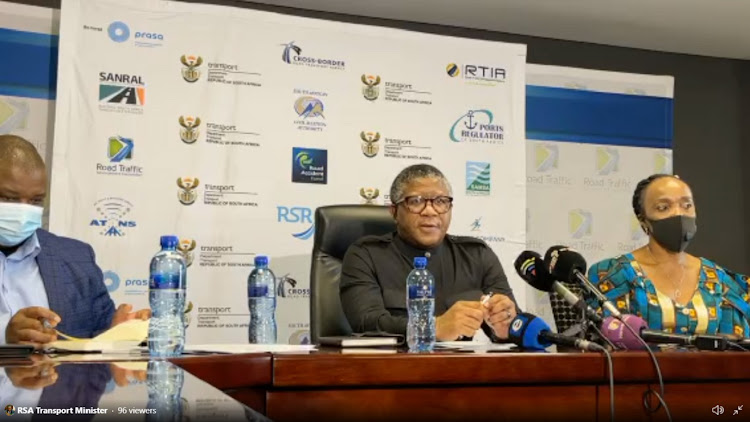 Transport minister Fikile Mbalula has extended the grace period for the renewal of expired driving licences to March 31, 2022 due to a huge backlog.

All learner’s licences, driving licence cards, temporary driving licences and professional driving permits that expired between March 26, 2020 and August 31, 2021 are deemed to be valid until the new date.

This follows an earlier grace period extension to August 31, announced last December. Mbalula said the latest extension was to deal with the massive backlog caused by the closure of driving licence-testing centres (DLTCs) due to Covid-19, faulty equipment and systems, and corruption where officials sold online block bookings for bribes.

The minister’s decision followed calls from the Organisation Undoing Tax Abuse (Outa) and the Automobile Association (AA), who said that even though people have a willingness to renew their driving licences, many are faced with excessively long queues caused by reduced staff at DLTCs, who often work with limited resources.

With the further extension, Mbalula urged people not to wait until the last minute.

“Don’t go on the eve of this deadline to renew; start today,” he told a media briefing on Friday.

He said there are specific interventions in Gauteng, which posed the biggest challenge as the only province to have deployed the eNatis online booking system.

These include additional capacity with two new DLTCs at Waterfall Park in Midrand and Eco Park in Centurion, to open on October 1. These new centres will operate seven days a week from 7am to 9pm, increasing Gauteng’s capacity by 48%, he said.

Additional measures include two buses equipped as mobile licence-renewal centres to be deployed in Diepsloot and Alexandra on October 1, and two self-service kiosks will be opened on the same date for those who don’t have online access.

There will be no further extension despite a backlog of nearly 800,000 expired licences, says transport department
Life
1 month ago