Removal of Bongo, who faces corruption charges, is among several changes to the heads of portfolio committees announced by chief whip Pemmy Majodina 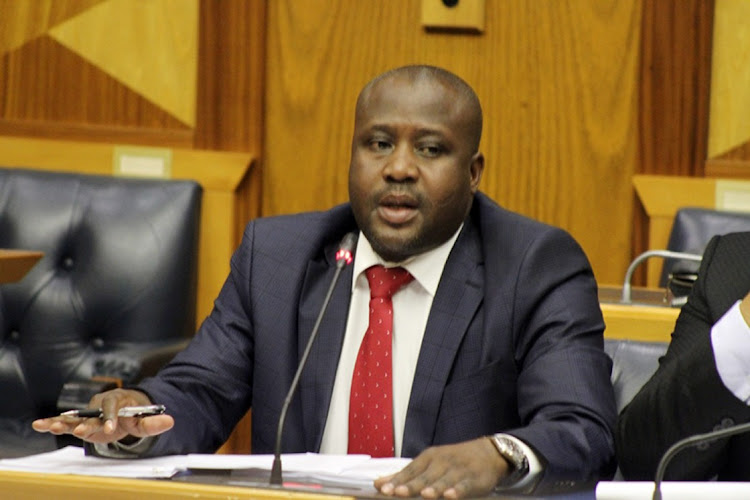 Controversial ANC MP Bongani Bongo, who is facing corruption and fraud charges in the Mpumalanga High Court, has been removed as chairperson of parliament’s home affairs portfolio committee.

Bongo’s dismissal follows his suspension from the post in May after refusing to voluntarily step aside while facing fraud allegations, as per party guidelines.

He will remain an ordinary MP, serving on the home affairs committee.

According to several high-placed sources, Bongo’s removal was among several changes announced by ANC chief whip Pemmy Majodina at the party’s caucus meeting on Thursday.

Party insiders said portfolio committee chairpersons aligned with suspended ANC secretary-general Ace Magashule have been moved around and, with one exception, replaced by people sympathetic to President Cyril Ramaphosa.

Among them are officials whose election was opposed by opposition parties and who have been criticised by civil society for being implicated at the state capture commission.

Faith Muthambi, who has been leading the co-operative governance and traditional affairs committee, has swapped roles with former Eastern Cape MEC Fikile Xasa, according to sources. Xasa was the chairperson of the environment, forestry and fisheries oversight committee.

Despite initial objection to her election in July 2019, Muthambi is credited for the committee’s tough approach to floundering municipalities.

The international relations and co-operation committee has also spoken out at Pandor’s perceived inaction against officials implicated in the controversial purchase of a dilapidated New York building for R118m.

MPs have also criticised Pandor for suspending Mahoai, saying she was using him as a scapegoat in the matter.

“You must spare yourself from self-importance — your utterances, I find them very arrogant,” Mahambehlala told Pandor during a heated meeting of the committee in February.

Mapulane was appointed deputy minister of communications and digital technologies earlier this month.

In the National Council of Provinces, Zolani Mkiva, an ANC delegate from the Eastern Cape, will replace former Buffalo City mayor Zukiswa Ncitha, who stepped aside earlier this year while facing fraud charges in the so-called Mandela funeral scandal.